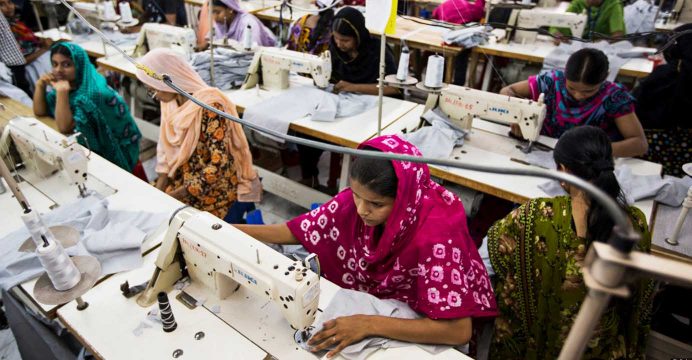 The government of Bangladesh signed a $130 million additional financing agreement with the World Bank to scale up support for the recently licensed and new economic zones to attract foreign and domestic investment as well as to create more jobs in the manufacturing sector, World Bank said in a press release.

The additional financing to the Private Sector Development Support Project (PSDSP) will help develop new Economic Zones through identifying, licensing, and negotiating Public-Private Partnership for economic zone development. In the last two years, PSDSP helped with the licensing of 16 Economic Zones and Hi-Tech Parks, and with the assessment of 33 new sites for development as Economic Zones over the next several years.

“Bangladesh needs to create more and better jobs in the manufacturing sector to accelerate growth and poverty reduction. The economic zones play a critical role in attracting private investment and creating jobs, as the benefits are many. For example, the new zones have reduced the time to register a business by 82 percent.” said Rajashree Paralkar, Acting World Bank Country Director for Bangladesh. “The financing will directly contribute to the government’s vision of establishing 100 zones over the next 15 years and promoting socially and environmentally responsible industrial growth for Bangladesh.”

“Both the sixth and the seventh Five-Year Plans considered establishing new Economic Zones as a cornerstone to strengthen the manufacturing sector and promote efficient use of skilled labor, land, and other resources,” said Kazi Shofiqul Azam, Additional Secretary, Economic Relations Division, Government of Bangladesh. “The new economic zones and high-tech parks will be important to achieve the government’s poverty alleviation goals.”

The financing will promote female participation in the manufacturing sector, and provide facilities such as childcare centers and counselors to address workplace safety, labor, and environmental issues inside the zones. Further, independent semi-annual audits will ensure that all structures comply with building codes. The financing will also expand support to environmental standards compliance and certification for local firms even outside the zones.

The agreement was signed by Azam and Paralkar on behalf of the government and the World Bank respectively, at the Economic Relations Division.

With this additional financing, the World Bank’s support to the project stands at $170 million. The credit from the World Bank’s International Development Association, its grant to low-interest loan arm, has a 38-year term, including a six-year grace period, and a service charge of 0.75 percent.