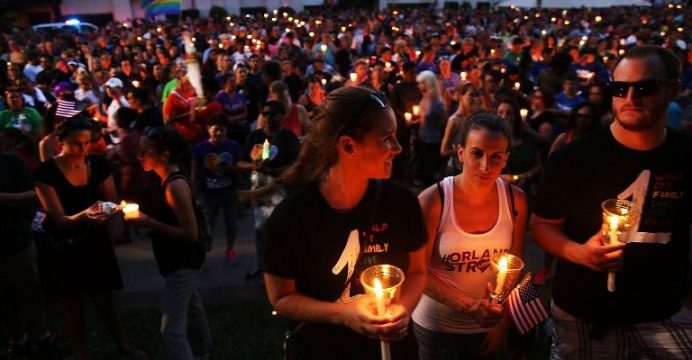 Tens of thousands took part in a candlelight vigil in Orlando﻿

Tens of thousands of people took part in a candlelight vigil in downtown Orlando on Sunday to remember victims of the massacre at a gay nightclub one week ago.

On stage, Orlando Mayor Buddy Dyer thanked first responders to the attack and told survivors and victims’ families that the city’s community would support the.

“We will not be defined by the hate-filled act of a deranged killer,” local television station News 13 reported him as saying. 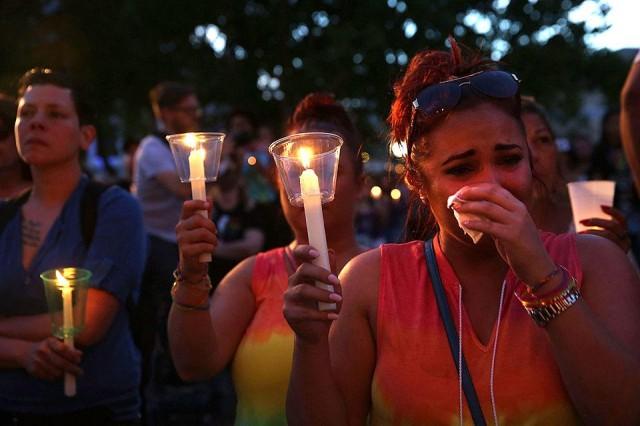 Orlando’s tourism agency estimated that some 50,000 people turned out for the vigil on the shore of Lake Eola to honor the victims of the attack at Pulse nightclub last Sunday, the deadliest mass shooting in US history.

The crowd observed a moment of silence after organizers and officials read aloud the names of the attack’s 49 victims.

Another 53 people were wounded when 29-year-old Omar Mateen — born in the United States to Afghan parents — ran amok armed with a legally bought assault rifle.

Mateen, who pledged allegiance to the leader of the Islamic State group during the attack, was killed during a police raid. Florida Governor Rick Scott and other officials attended Sunday’s vigil, which began around 7:30 pm (2330 GMT).

“Many times it takes a catalyst like this to initiate a more progressive type movement,” he told the Orlando Sentinel newspaper.

“No one deserves what happened. This kind of thing needs to stop.”

Earlier, a memorial service was organized at the nearby Cathedral Church of St. Luke, and funerals have been taking place over the weekend.

The authorities on Monday are set to release “limited transcripts” of telephone negotiations between Mateen and police during the attack, Attorney General Loretta Lynch said.