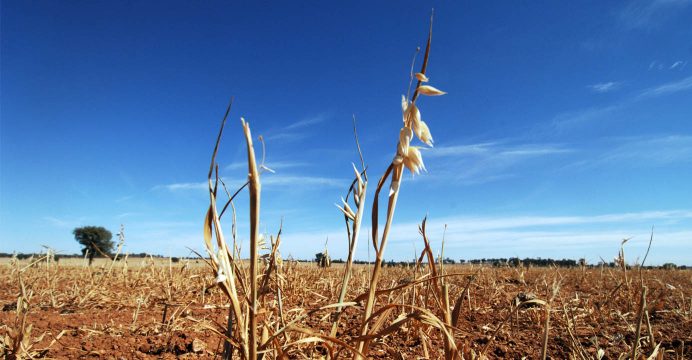 Most political parties in Australia do not have a clear commitment to tackling the risks of climate change on health and wellbeing, recent polling and policy analysis shows.

The Climate and Health Alliance (CAHA) has today released a scorecard rating the policies of Australia’s main political parties on climate change and health.

The results show the Greens with a total of 6 ½ points out of a possible 7. The ALP scored 2 points, while the Liberal and National parties both scored zero.

The results show the Greens are the best performing party when it comes to protection the community from the health impacts of climate change. The ALP trails the Greens with only two policies to tackle the issue. Both the Liberal and National parties are doing nothing.

“The major parties in Australia are missing in action when it comes to protecting the health of the population from threats of climate change,” Dr Liz Hanna, President of the Climate and Health Alliance said. 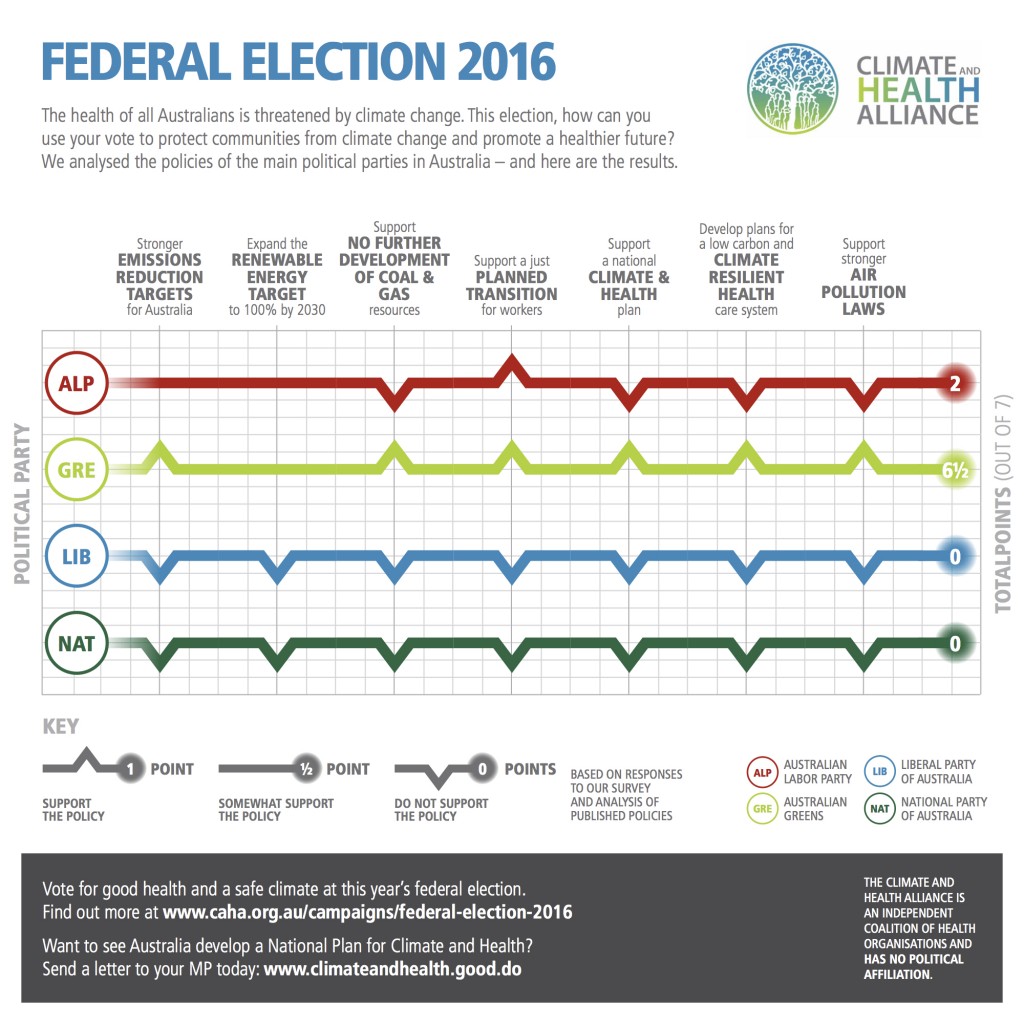 “With climate change recognised as the biggest threat to global public health of this century, the failure of the Liberal and National parties to announce any policies to reduce these risks means a future Liberal-National government will profoundly fail its duty of care to protect its citizens from a serious threat.”

Key policies to reduce the health impacts of climate change assessed by CAHA included stronger emissions reduction targets for Australia, a moratorium of new coal and gas mining, a fair and planned transition for affected fossil fuel industry workers and communities, stronger air pollution laws, and a national strategy that will address climate change and health.

Health groups want a National Climate Health and Well-being Strategy as key to protecting health and sustaining a resilient healthcare system. These factors however, do not appear to be amongst the priorities for the major Australian political parties.

A 2015 global survey demonstrated Australia is lagging behind comparable countries like the US, which committed to a comprehensive suite of climate change and health initiatives in 2015.