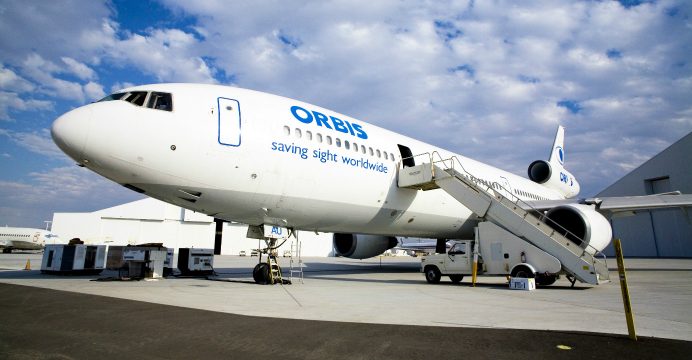 FedEx Express (FedEx), a subsidiary of FedEx Corp. and the world’s largest express transportation company, and Orbis International announced on June 16th that they are debuting the third-generation Orbis Flying Eye Hospital.

More than six years in the making, the third-generation Flying Eye Hospital is the world’s only mobile ophthalmic teaching hospital, on board an MD-10 aircraft donated by FedEx in 2011.  The aircraft has been custom designed to provide the best medical training and technology throughout the developing world.

During a ceremony at the Memphis World Hub that included a water cannon salute of the new Flying Eye Hospital, FedEx announced it would be renewing its commitment to fighting avoidable blindness by providing five more years of financial, logistical and operational support for Orbis. 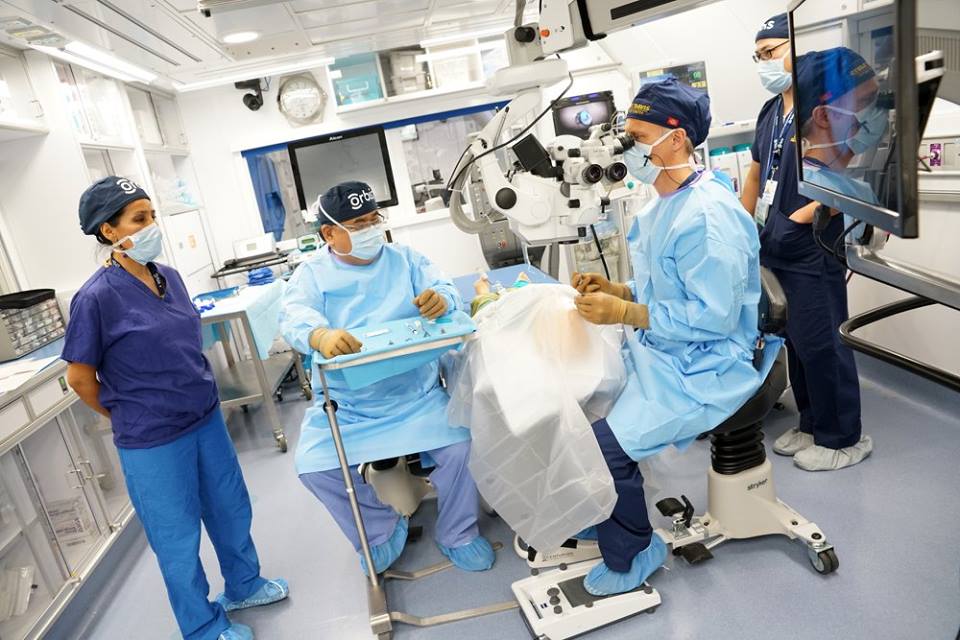 This will include sponsoring five Flying Eye Hospital programs that support training for local ophthalmologists and eye health professionals around the world.

“FedEx has been proud to support Orbis in delivering sight to countless individuals around the world for more than 33 years,” said Mark Yerger, vice president of Material Management for FedEx Express.

In addition, FedEx team members will support Orbis through a variety of volunteer roles, including piloting the Flying Eye Hospital, providing maintenance and ground support, serving as translators during medical programs and helping organize Pull for Sight airplane events.

“Our mission at Orbis is to bring the world together to fight blindness, as we believe that no one should go blind from conditions that are treatable or preventable,” said Bob Ranck, president and CEO of Orbis International.  “FedEx helps us do that.  Without their incredible support, there would be no Flying Eye Hospital.”

More than 285 million people are visually impaired, and four out of five suffer from preventable conditions.  Ninety percent of these people live in developing countries where they cannot access sight-saving treatments that many take for granted in the United States.

For more than 30 years, Orbis has helped countries build the skills and resources they need to prioritize and deliver quality eye care to their local communities.  Their team of more than 400 expert medical volunteers, from 30 countries, accomplishes this by training local medical teams both in their hospitals and on the Flying Eye Hospital, emphasizing quality and safety standards for patient care.

Orbis, the international nonprofit that fights blindness around the world, launched the new Flying Eye Hospital on a six-city tour that kicked off at Los Angeles International Airport on June 2, 2016.