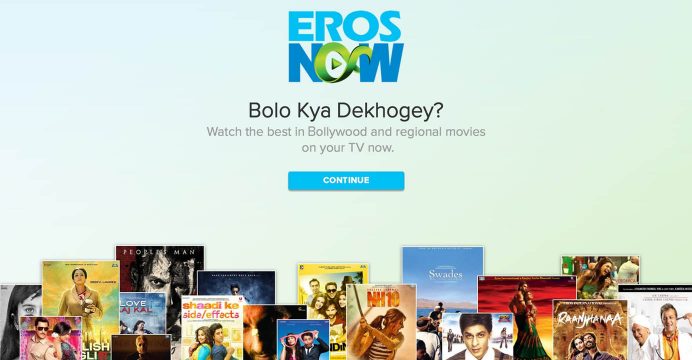 Commenting on the announcement, Rishika Lulla Singh CEO – Eros Digital said, “We are happy to announce Eros Now’s extension to Android platforms via Android TV, one of the fastest growing smart TV platforms. This partnership further supports our objective of being a platform agnostic entertainment service and further strengthens Eros Now’s presence across all streaming devices.”

The app is now available on leading smart TV platforms like Apple TV, Amazon Fire TV, Samsung, Chromecast and so on.