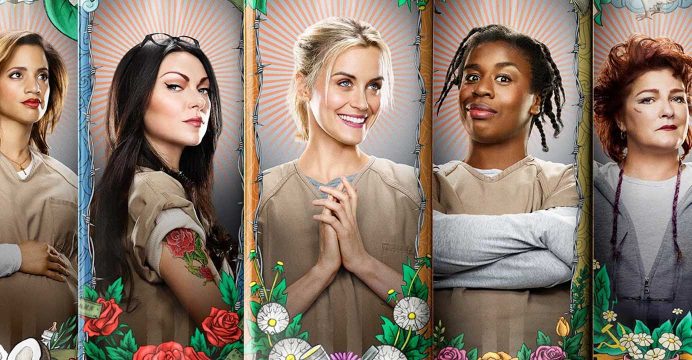 ‘Orange is the New Black’ season 4 deals with racism, privatization

A new season of the hugely popular women’s prison comedy “Orange is the New Black” launched on Friday on Netflix with cast members saying the show would dig deeper into issues of racism and the privatization of prisons, Reports Reuters.

“We’re dealing with a lot of racism and we’re deepening that dialogue,” actress Adrienne Moore, who plays Cindy Hayes in the show, said at the fourth season’s New York launch event on Thursday night. “We were not afraid about the drama this season.”

The series was adapted from Piper Kerman’s 2010 biography, of the same name, from her experience while jailed at a women’s prison in upstate New York.

The show first premiered on Netflix in 2013 and features a diverse cast led by lead actress Taylor Schilling, who plays a version of Kerman.

Earlier this year, the comedy nabbed a whopping three-season renewal from Netflix. The deal includes a commitment from series creator and showrunner Jenji Kohan to remain at the helm of Netflix’s most-watched series through seasons five, six and seven.

The series is one of the flagship shows in Netflix’s original programming push led by political drama “House of Cards.” The online streaming company has challenged traditional network and cable television by releasing every episode in a season at once.

“I’m waiting for tomorrow because you know that there are going to be like people who stay up and watch it all night,” said Emma Myles, who plays Leanne Taylor on the show. “So like, when I wake up hung over at eleven o’clock in the morning, there are going to be people that watched the entire thing.”

When Fallon asked Obama if he had watched news coverage about the billionaire tycoon that week, Obama responded, “No, but I have been watching my new favorite show: ‘Orange is NOT the New Black.'”

Orange is the New BlackprivatizationracismTV Show