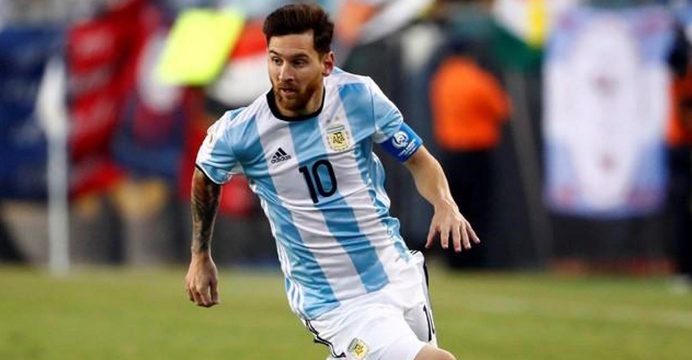 Argentina and Chile advanced to the semi-finals of the Copa America on Saturday with Chile beating Mexico 7-0 and Lionel Messi getting a goal in Argentina’s 4-1 win over Venezuela to equal his country’s all-time scoring record, reports reuters.

Messi scored in the 60th minute to take his career tally for Argentina to 54 goals, matching the record held by Gabriel Batistuta.

“I am happy to have equaled Batistuta’s record but my head is focused on lifting the Copa America,” said the five-time World Player of the Year.

“We are doing things right, we are growing and we need to keep down that same road.”

Argentina will now face the United States in the first semi-final on Tuesday in Houston.

Reigning champions Chile joined them in the last four after a 7-0 demolition of Mexico in Santa Clara. 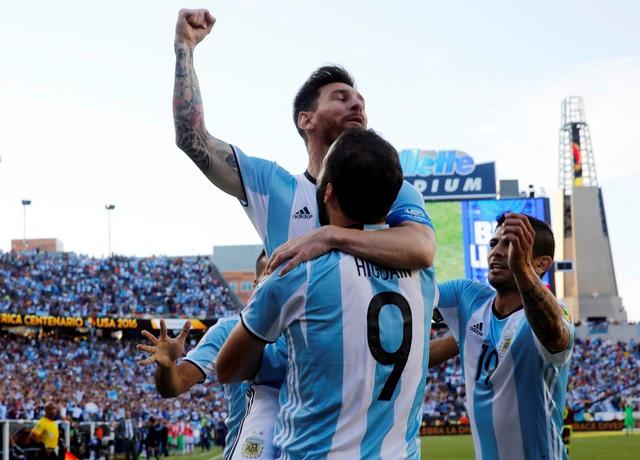 Hoffenheim striker Eduardo Vargas scored four goals to help them set up a semi-final date with Colombia on Wednesday.

Messi won the Man-of-the-Match award in an action-packed game against underdogs Venezuela in Foxborough.

Argentina got off to the perfect start after just seven minutes when Gonzalo Higuain dived to turn a delicate cross from Messi past goalkeeper Dani Hernandez.

The in-form Napoli striker doubled the lead 20 minutes later when he latched on to a slack back pass to round the goalkeeper and slot the ball into the empty net.

Salomon Rondon twice came close for Venezuela and his side should have pulled a goal back two minutes from half time after Sergio Romero brought down Josef Martinez in the box.

However, the Manchester United goalkeeper redeemed himself when he stood firm and Seijas’ carelessly dinked penalty sailed right into his arms.

Messi, who started for the first time in the tournament after three substitute appearances, put Argentina 3-0 ahead when he worked a lovely one-two with Nicolas Gaitan and then poked the ball under Hernandez with his left foot.

Venezuela were not out of it, though, and Rondon got the lightest of touches on a cross to head home and make it 3-1 after 70 minutes.

However, their hopes were short lived as just seconds later Erik Lamela, who had been on the field for only four minutes, shot home from 12 yards to make it 4-1 for Argentina.

Chile were unstoppable in the other quarter-final in Santa Clara as they hammered a surprisingly fragile Mexico.

Edson Puch got his first international goal after 15 minutes when he fired home after keeper Guillermo Ochoa could only parry a long-range shot.

Vargas got a second just before half time when he was first to pounce on a cross ball.

Alexis Sanchez was involved in most of Chile’s great work and he made it 3-0 just three minutes into the second half.

Three minutes later Vargas got his second and Chile’s fourth as Mexico — without captain Rafael Marquez who was left on the bench — wilted under the pressure.

Mexico had no answer to the pace and running of Sanchez and Arturo Vidal and it was Sanchez who helped Vargas to a hat-trick when the Hoffenheim striker hammered home from close-in after Ochoa had parried Sanchez’s shot.

Vargas got a fourth after 73 minutes when he blasted the ball into the roof of the net after dithering Mexican defenders failed to clear.

Puch completed the rout in the 87th minute when he dinked the ball over Ochoa after a fast break by Sanchez.

“The only thing to say is sorry for the fans and the country,” said Mexican midfielder Andres Guardado. “This is a very painful defeat. I am speechless.”