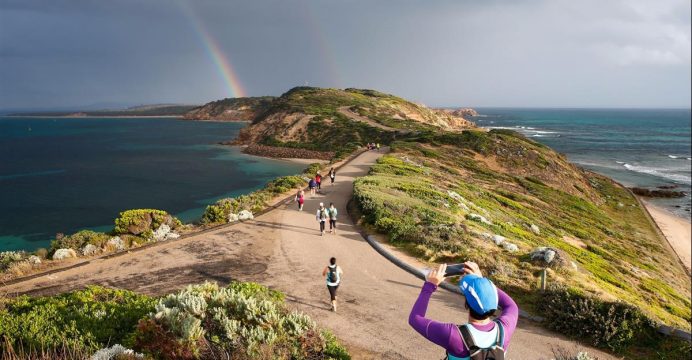 Melbourne Coastrek is a 30 to 60km team trek run by Wild Women On Top. This year, it’s happening on Friday 18th November 2016. Teams of four, with at least two women, walk for 10 to 18 hours along the breathtaking Mornington Peninsula. Participants challenge themselves physically and mentally, build relationships, and raise money to restore sight.

From its inception, Coastrek has seen thousands of people complete the challenge with almost $13 million raised for The Fred Hollows Foundation to date.

During the 2015 Melbourne Coastrek, over 1,600 people crossed the finish line. They were jubilant: they’d walked an incredible distance, taking in breathtaking scenery, and they’d raised over $1.2 million for The Fred Hollows Foundation.

Since Coastrek began, around 150,000 people have been inspired by other Coastrekkers to take on the challenge.
Coastrek changes lives

Coastrek participants have helped to change the lives of tens of thousands of people. When you sign up for Coastrek, you’ll also change lives – including your own. You’ll embark on a training and fundraising adventure that is only limited by your own energy and enthusiasm.

Join us for the experience of a lifetime.