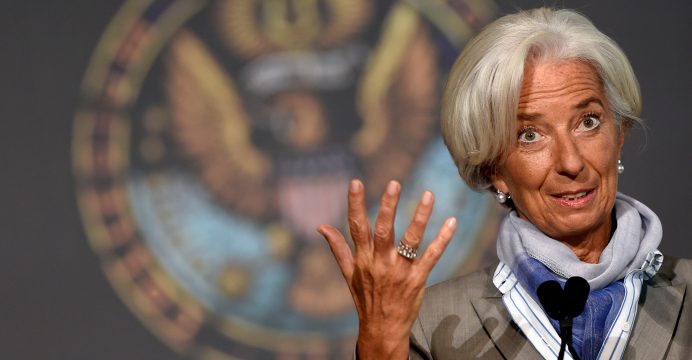 IMF MD Christine Lagarde give statement about her Visit to Austria

“It is a great pleasure to be in Austria, my first visit as the Managing Director of the IMF. I had the privilege of meeting Chancellor Christian Kern, Finance Minister Hans Jörg Schelling, Minister of Families and Youth Sophie Karmasin, Oesterreichische Nationalbank Governor Ewald Nowotny, and their colleagues.

“It was my pleasure to participate in a breakfast roundtable, hosted by Governor Nowotny and Minister Schelling, with business and finance leaders as well as supervisory and regulatory authorities.

“I had the honor of participating in the Finance in Dialogue series. My remarks at Hofburg Palace focused on the key challenges facing Europe and the way forward to building a prosperous, dynamic, and democratic Europe.

“I also had a chance to visit the Joint Vienna Institute (JVI), which the IMF established with the Austrian authorities and several international organizations more than two decades ago. The JVI plays a critical role in the IMF’s capacity building efforts in Central, Eastern and Southeastern Europe, the Caucasus and Central Asia and I welcomed the chance to hear directly from current participants on how these courses will help them in their own countries.

“In my discussion with the authorities, I highlighted Austria’s success in maintaining stability and prosperity. I welcomed the government’s intentions to put in place reforms that boost the economy and employment, and to continue to play a constructive part in building a stronger Europe and coping with unprecedented refugee flows. I also expressed my appreciation for Austria’s cooperation with the IMF, notably in support of capacity development.

“I would like to thank the authorities and the Austrian people for their gracious hospitality.”