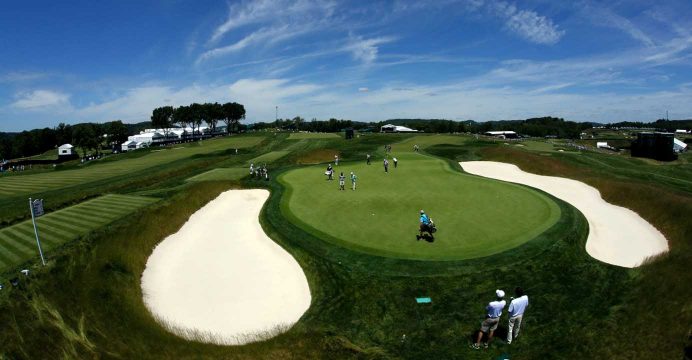 Day surges but Lowry leads as darkness halts US Open

Ireland’s Shane Lowry was clinging to the lead on five-under par when darkness halted play in the third round of the US Open at Oakmont on Saturday.

Lowry was holding off a bevy of players pushing for a first major title, starting with 624th-ranked Andrew Landry at three-under.

England’s Lee Westwood, Spain’s Sergio Garcia and 36-hole leader Dustin Johnson of the United States three back at two-under on the back nine when night fell.

All of the top five are chasing a major breakthrough, as is clubhouse leader Branden Grace of South Africa — who had six birdies in an impressive four-under par 66 for 209.

But world number one Jason Day was on their heels, surging up the leaderboard with a 66 that included four birdies in his first five holes and an eagle at the par-five fourth — his 13th of the day.

Day moved from 45th at the start of the round to tied for eighth on one-over.

Spieth birdied three of his first four holes but made two bogeys and a double-bogey and just one more birdie the rest of the way to reach the clubhouse where he started — on four-over.