Comical movie ‘Masti’ set a trend by pioneering the way for screwball comedies in India in 2003, by giving us a rip roaring insight into the lives of 3 married men having an extra marital affair to spice up their lives. and guess who is she! an hot sprite, bollyspice said in a PR.

After a hiatus of 9 years, taking forward the legacy of this brand, Bollywood’s adult comedy genre was presented once again in a new and refreshing light, in the 2013 sequel – ‘Grand Masti’, which has till date the unique distinction of being the first and only A rated adult comedy film to cross 100 Crores at the box office.

Circa 2016, mark your calendars for July as the outrageous and incorrigible ‘Masti’ trio makes a comeback in the third installment Great Grand Masti! 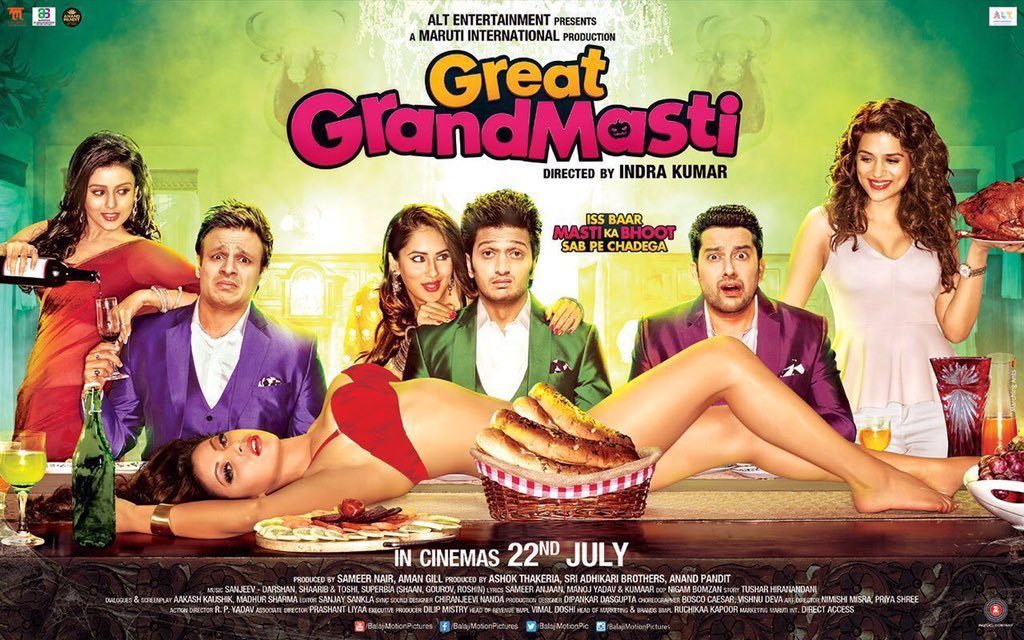 Directed by Indra Kumar, Great Grand Masti is set to take the franchise to ‘greater’ and ‘grander’ heights. The director says, “Great Grand Masti has the subtleness of Masti along with the wildness of Grand Masti its going to be more than Paisa Vasool.”

Revealing a bit about the story Kumar he added, “For the 3rd instalment of Masti we have come up with something new. In the first two films of the franchise we had the boys chasing after the girls. This time its the boys who are being chased by a girl, who incidentally turns out to be a ghost. And all hell breaks loose for the boys and what follows is confusion chaos & hilarity.”

Yes, the terrific trio of Ritesh Deshmukh, Aftab Shivdasani and Vivek Oberoi to a small town where they encounter a ‘femme fatale’ in the form of “sanam re” star Urvashi Rautela. Urvashi is everything they had dreamt of, but she can slowly turn into their worst nightmare! This time, the tables will turn and how.

Producer Ashok Thakeria quips, “Great Grand Masti is the third installment of India’s first Adult Comedy Franchise, carrying forward the tone set in the first two parts. We won’t disappoint the audiences as we are the best in this genre.”

Greater, grander and definitely more hilarious! Get ready to jump onto the Masti bandwagon on 22nd July, 2017.