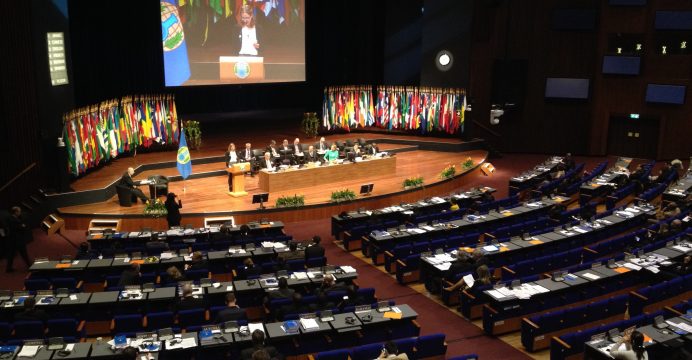 What’s the Conference of States Parties all about?

As well as being the 10th anniversary of the United Nations Convention on the Rights of Persons with Disabilities, 2016 is also the inaugural year of the 2030 Agenda, and the Sustainable Development Goals (SDGs), the successor to the Millennium Development Goals (MDGs).

From 14-16 June, the Conference of States Parties – the countries who ratified the Convention and are committed to implementing it – is being held at the United Nations in New York.

At the conference, these countries show the progress they’re making towards implementing the Convention in their own countries. They also outline how they will begin to support the achievement of the 2030 Agenda – which promises a change in the global approach to ending poverty – for people with disabilities. Following the MDGs, which made no mention of disability, the 2030 Agenda specifically mentions and includes people with disabilities and promises to leave no one behind.

This means that for the first time in history people with disabilities are being recognised as key players in the fight to eliminate global poverty and reduce economic, social and political inequality.

The 2030 Agenda demonstrates the vision of the international community to keep its promise of inclusion to people with disabilities, while the Convention on the Rights of Persons with Disabilities is a vital tool in making that vision a reality.