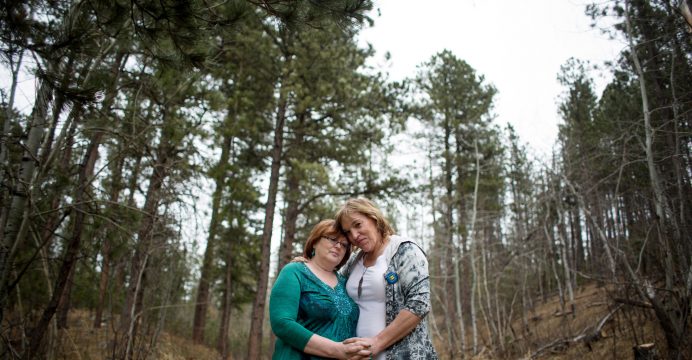 Public health efforts fail to capture even most basic information about transgender health, but social, legal context in which many transgender people live has led to high rates of HIV, depression.

2015 was an unprecedented year in the recognition of transgender rights in some high-income countries. However, as a new Series published in The Lancet today reveals, public recognition has yet to translate to a concerted effort to support and improve the health of transgender people across the world.

The Series, launched on Monday 20th June at the World Professional Association for Transgender Health (WPATH) 24th Biennial Scientific Symposium held this year in Amsterdam, was compiled with input of members of the transgender community and provides an assessment of the health of transgender people worldwide. While the study points to major gaps in our understanding of transgender health because of a failure to recognise gender diversity in public health efforts, the authors say there is enough information about this marginalised group to act now. “Many of the health challenges faced by transgender people are exacerbated by laws and policies that deny them gender recognition. In no other community is the link between rights and health so clearly visible as in the transgender community,” says one of the lead authors for the Series, Associate Professor Sam Winter, Curtin University, Australia. “Faced with stigma, discrimination and abuse, transgender people are pushed to the margins of society, excluded from the workplace, their families and health care. Many are drawn into risky situations or behaviours, such as unsafe sex or substance abuse, which leave them at risk of further ill health.”

The Series was led by authors from the University of Sheffield (UK), Johns Hopkins University (USA), Curtin University (Australia) and the United Nations Development Programme (UNDP).

The authors of the three paper Series call for action, including that:

“There are huge gaps in our understanding of transgender health stemming from a fundamental challenge of defining this diverse group and a failure to recognise gender diversity. Nevertheless, we know enough to act – high rates of depression and HIV are all linked to the context in which transgender people are forced to live,” says co-author Dr Sari Reisner, Harvard Medical School, Boston Children’s Hospital, and Harvard T.H. Chan School of Public Health, USA. “In the past 15 years, there has been a dramatic shift from viewing transgender people as having a disorder, towards a better understanding of gender diversity, but much more needs to be done.”

“The 2030 Agenda is based on the principle of ‘leaving no-one behind’. Passing protective laws and policies that guarantee gender recognition is essential to the health and well-being of transgender people” says Magdy Martínez-Solimán, UN Assistant Secretary General, UNDP Assistant Administrator and Director of the Bureau for Policy. “This groundbreaking Lancet Series on Transgender Health will contribute to the growing body of evidence on addressing the needs of a group that has been excluded in health and development.”

Several members of the transgender community contributed to the Series, including as authors on the papers. The Series also includes short profiles of transgender activists and contributors from Peru, Lesotho, South Africa, Australia and the USA.

Tampose Mothopeng, Director of the People’s Matrix Association in Lesotho, and co-author of the global health burden paper writes: “Living proudly as a transgender man in the small sub-Saharan country of Lesotho has come at a serious price. My public activism on issues of sexual orientation and gender identity and expression makes me vulnerable to threats to my personal safety. The widespread instances of ‘corrective’ rape against transgender men and lesbian women mean that I must constantly be careful and vigilant in every kind of public space, from entertainment venues to walks home from work. Gender prejudice is a norm in Lesotho, so in addition to these fears and the work I do as Director of the People’s Matrix Association, gaining my family’s acceptance is its own burden.”

Writing in an introductory Comment, Dr Richard Horton, Editor-in-chief of The Lancet and Dr Selina Lo, Senior Editor say: “Legal recognition is crucial for transgender people to achieve several of the Sustainable Development Goals, such as healthy lives and gender equality… Achieving health equity for the global transgender community will require the type of determination and systematic approach towards access to health care that the AIDS response evoked. It requires medical and political leadership, community mobilisation, and newly enacted legal protections in parallel with the best science to deliver gender-affirmative health care…The global health community must deliver this agenda. Not to do so will neglect individuals with valuable contributions to a world where diversity is a core determinant of sustainable development.”