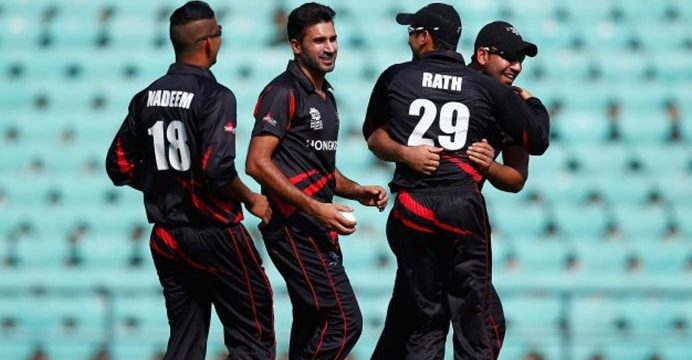 In a further addition to an already busy 2016 calendar, Hong Kong men’s squad will host Papua New Guinea in a three-game One Day International series in November.

The fixtures will be the first ODI series hosted in Hong Kong outside of ICC World Cricket League and will be played at the Tin Kwong Road Recreation Ground in Mong Kok.

Papua New Guinea hosted Hong Kong in Townsville for their first ever ODI’s, which saw PNG play some quality cricket and win the series 2-nil.

Director of Cricket Charlie Burke said the series will be another step forward in what is already a strong relationship between the two emerging regions.

“PNG and Hong Kong have both progressed through the divisions together over the last few years,” Burke said.

“It was only in 2010 when we met in Division 3 and since we have both emerged to register some excellent results World Cricket League and World Cup qualifiers.”

“Our fans deserve to witness two quality sides that have played in some great battles as well as an opportunity to host PNG, who put on a great series in Townsville.”

“The bigger picture is to continue preparations for the ICC Cricket World Cup Qualifiers in 2018.”

The series will be played during a busy period for Hong Kong, following a three-week tour of Ireland and Scotland and right before a trip away to play Kenya in two ICC WCLC matches.

Head Coach Simon Cook says the busy schedule will allow selectors to test the depth of what is now an extended full-time squad.

“We have played PNG a lot over the years and the players have detailed knowledge of each other which always makes for an interesting series,” Cook said.

“They have some good players that can take the game away from you if you let them so we will have to be on top of our game to beat them.”

“As we speak our players are currently in a strength phase of their training program which is going really well so we should be seeing a faster, stronger and more durable Hong Kong squad leading into this really busy 6 month period.”