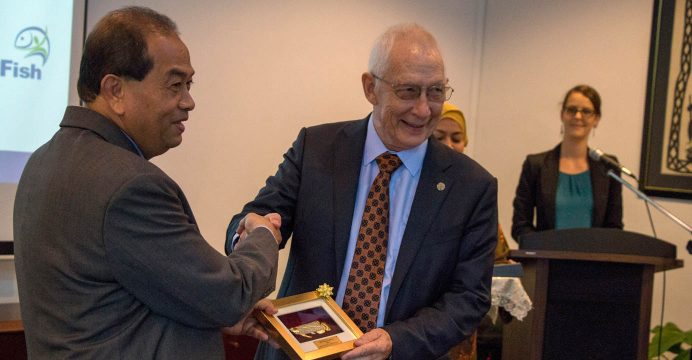 The Malaysian Department of Fisheries (DoF) and WorldFish have today signed an agreement establishing the Technical Committee on Research Collaboration to promote the sustainable development of aquaculture and fisheries in Malaysia.

The agreement formalizes the existing collaboration between DoF and WorldFish, which began when WorldFish established its headquarters in Penang, Malaysia, in 2000. Currently, there are five projects listed under this collaboration:

WorldFish collaborates with DoF at the Jitra Aquaculture Extension Center, in Kedah, Malaysia, to run research activities and to serve as a nucleus breeding center for Genetically Improved Farmed Tilapia (GIFT), the fast-growing strain of tilapia developed by WorldFish. In addition to producing genetically improved families, WorldFish plans to expand research into developing new genetic characteristics, such as disease resistance. 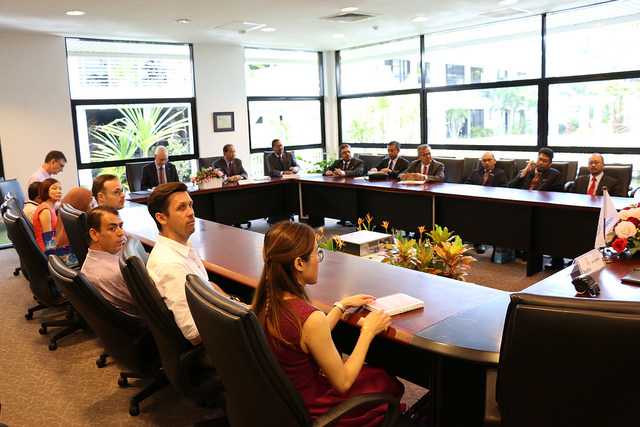 Since 2015, DoF has been upgrading the Jitra center with new facilities and improved bio-security to enable expansion of the GIFT program. The first phase of upgrading involved the development of two stand-alone incubation rooms, one for WorldFish’s research breeding programs and the other for DoF’s own fry production. The department also plans to increase the total ponds for Worldfish genetic research and improve water quality management at the center. In view of this planning, Malaysia has the potential to be a hub for the production of quality tilapia seeds for the country and the region, with the Jitra Station developed as an internationally-recognized center of excellence for GIFT Tilapia.

In return, WorldFish is helping DoF to increase aquaculture production of tilapia in Malaysia. Current tilapia production is 34,500 metric tons; by 2020, DoF aims to increase production to 60,000 metric tons. In 2015, WorldFish provided 13,000 GIFT broodstock fry to DoF, which were used to produce 60 million fry, before distributing to fish farmers for grow out. In January 2016, 15,000 broodstock were provided and another 30,000 will be delivered this year. It is estimated that 9 million fry will be produced and distributed by end of 2016. WorldFish continues to provide technical advice and guidance to assist DoF to achieve its target.

WorldFish also supports DoF with a red tilapia breeding program to provide red tilapia for the local market in Malaysia. Plans are underway to include engagement in fish disease R&D and the potential of domestication of the giant tiger prawn (Penaeus monodon). 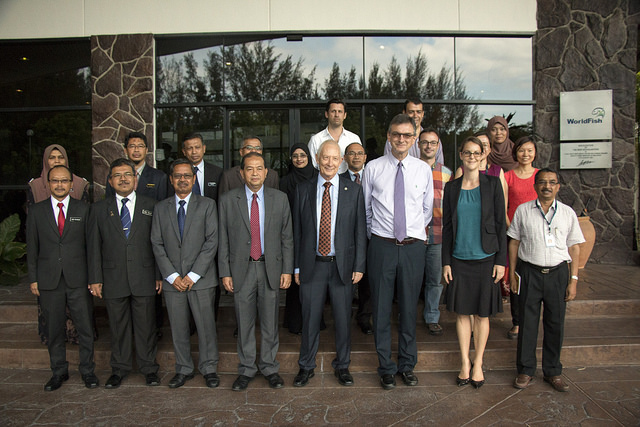 WorldFish Director General, Nigel Preston: “The committee provides a practical platform for DoF and WorldFish to collaborate on a range of mutually beneficial research projects. It will greatly strengthen our existing partnership with DoF.”

The research committee will meet twice a year to discuss a broad range of issues in relation to the cooperation programs as well as to deliberate and decide on new project proposals. Committee members will be drawn from the DoF and WorldFish, and selection will be based on equality, transparency and mutual benefit. In the future, members may also include representatives from the Malaysian private sector and university researchers.