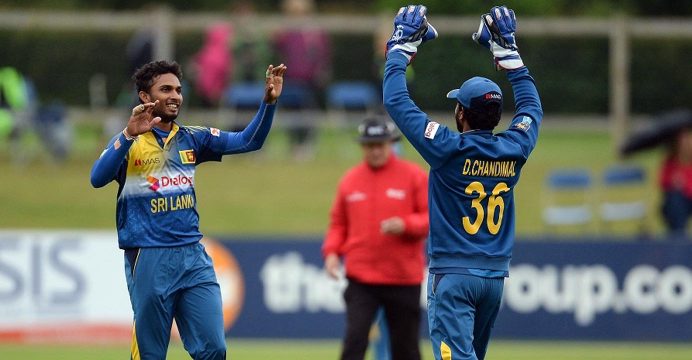 Sri Lanka captain Angelo Mathews hailed the one-day international debut of Dasun Shanaka after his match-winning performance in the first ODI against Ireland at Malahide.

Shanaka scored 42 off 19 balls on Thursday and then took five for 43 to bowl the tourists to a convincing 76-run win, their first since their arrival in England last month for a tour of Britain and Ireland.

“Dasun had a dream debut and we are all happy for him and hopefully he will continue in the next few matches,” Mathews said of the 24-year-old Shanaka, whose lively medium-pace bowling saw him take an encouraging three for 46 on his Test debut against England at Headingley last month.

“It’s nice to get the momentum on your side,” Mathews, himself a seam-bowling all-rounder, added.

“We have not done well in England and we have lost the Test series, but we have now won in similar conditions and can look forward to the one-day series (against England) coming up.” 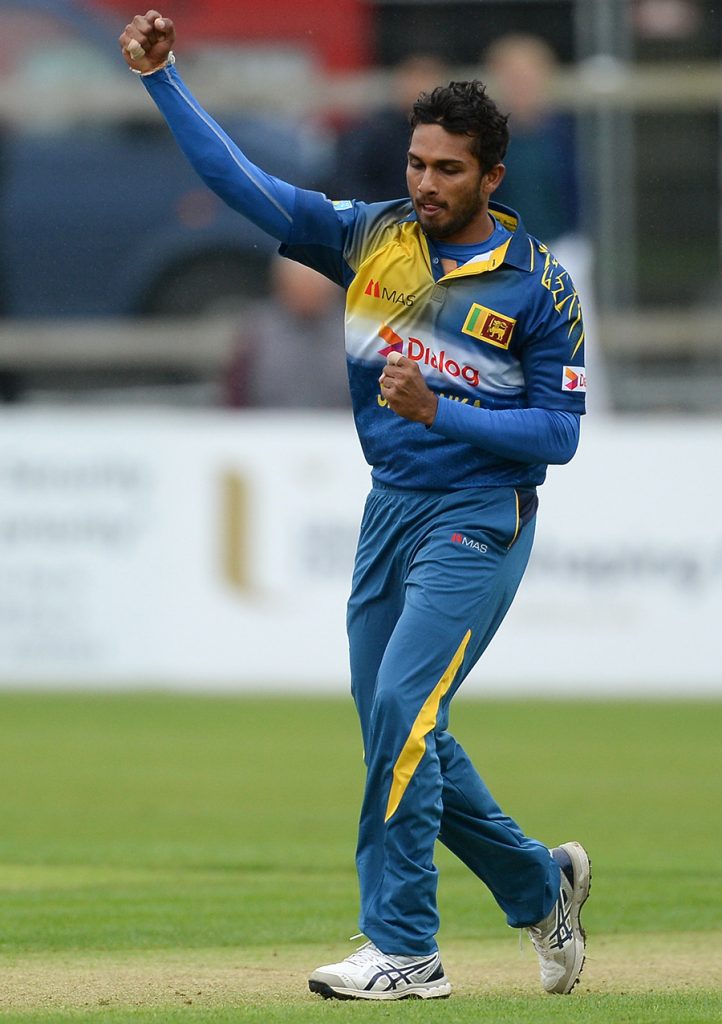 Mathews was just as delighted with the batting performance of his side as they posted 303 for seven in their 50 overs despite losing the toss on an overcast morning, with conditions ideal for bowling on a green pitch.

“It was a challenge for the batsmen but they put up a good effort,” he said of an innings that featured an unbeaten hundred from Dinesh Chandimal.

“In these conditions you have to rotate the strike and build partnerships so you can set it up for the middle-order batters.

“I thought we got a brilliant start and the debutant, Kusal Mendis, batted brilliantly to score 51 and Chandimal has been batting brilliantly throughout.

“Shanaka then scored 42 off just 19 balls and finished the job for us,” added Mathews who modestly failed to mention his own innings of 49 from 53 balls with four fours and two sixes.

It was Chandimal who provided the backbone to the innings. Coming to the middle at the start of the 10th over, with Sri Lanka on 47 for two, the experienced wicket-keeper — who made a hundred in the second Test against England at Chester-le-Street — batted through the rest of the innings, finishing exactly 100 not out from 107 balls with just seven boundaries.

Mathews surprisingly opted to open the bowling himself and although he and Shaminda Eranga failed to take a wicket they restricted Ireland to just 22 in seven overs.

When Shanaka was introduced he made the breakthrough with only his second delivery and added the big wicket of Ed Joyce, Ireland’s best batsman, in his third over to put the home side on the back foot.

Ireland captain William Porterfield (73) and Kevin O’Brien (64) added 69 for the fourth wicket at exactly a run-a-ball, to get the home side back on track but the skipper’s dismissal and an interruption for rain 11 balls later cut off their momentum.

“I got out just before the rain which set us back and that proved crucial to our hopes of winning,” said Porterfield. “We couldn’t get put together any partnerships at the end and Shanaka bowled very well.”

The teams meet back at Malahide on Saturday for the second and final match of the series before Sri Lanka ‘go back over the water’ for a five-match ODI campaign against England.