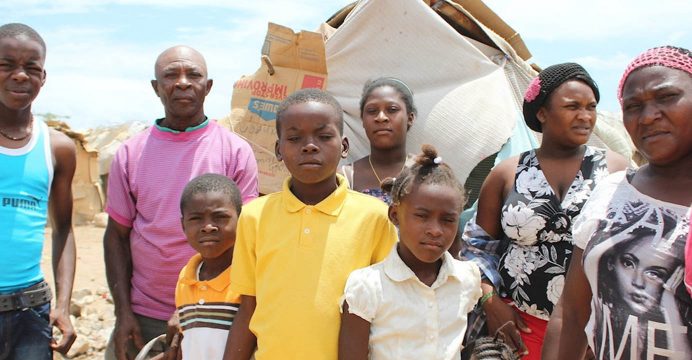 “Since arbitrarily stripping thousands of Dominicans of Haitian descent of their nationality, Dominican authorities created a human rights crisis that is leaving tens of thousands of people in an absolute and desperate legal limbo,” said Erika Guevara-Rosas, Americas Director at Amnesty International.

More than 40,000 people – including several hundred unaccompanied children have been deported from the Dominican Republic to Haiti between August 2015 and May 2016, according to the International Organization for Migration (IOM) and Haitian civil society organizations.

At least another 68,000 returned to Haiti “spontaneously”, in many cases following threats or through fear of persecution and violence in the Dominican Republic.

Though 85% of the total told the IOM they were born in Haiti, 15% claim to have been born in the Dominican Republic. The majority are children of Haitian migrants who returned “voluntarily”, but who could be entitled to Dominican nationality. Nearly 1,600 people were verified by the United Nations High Commissioner for Refugees as being entitled to Dominican nationality who have been unlawfully expelled from the country.

Around 2,000 people have been living in six make-shift camps close to the southern Haitian border town of Anse-à-Pitre since August 2015. Conditions in the camps are dire with little access to food, water and sanitation or healthcare facilities. For several months, Haitian authorities failed to take leadership in finding a solution and it was only in mid-February 2016 that a plan was set up to relocate all families towards the areas of their choice.

“The Dominican Republic’s opaque way of deporting people and Haiti’s lack of capacity to offer them protection has created a disastrous and chaotic situation. Living conditions in these camps are extremely desperate and the authorities of both countries have failed to ensure the wellbeing of these people.”

The few improvements made by the Dominican Republic in the way they carry out deportations – such as avoiding collective ones and making sure deportations are not carried out at night — have not gone far enough to ensure the rights of those affected are protected, including by individually screening people to be deported and ensuring that no one entitled to stay in the Dominican Republic is expelled.

Many of the deportations are being carried out without leaving any records. Some of the deportees said they were arrested in the street and taken straight to the border after they failed to produce identification documents on the spot.

None of the people interviewed by Amnesty International were served with a deportation order nor had the chance to challenge its legality in court. None were offered legal aid.