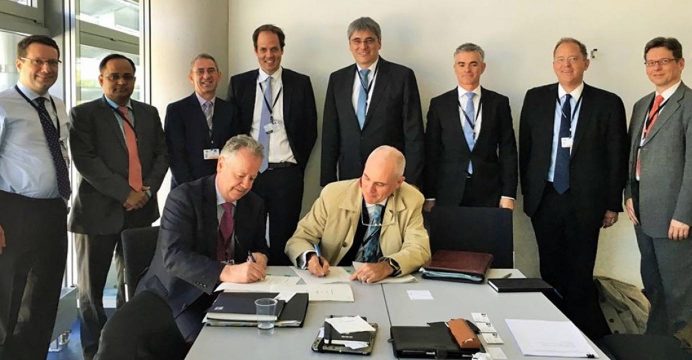 The Asian Development Bank (ADB) and Germany-based Munich Re have signed an agreement on $250 million cover to help ADB’s Trade Finance Program expand support for trade in developing Asia.

The agreement will see Munich Re, via one of its specialist primary insurers, provide up to $250 million insurance capacity on financing of trade transactions conducted by ADB’s Trade Finance Program (TFP). The TFP fills market gaps for trade finance in developing Asia.

The agreement marks the first contractual business deal between Munich Re and ADB.

Despite a recent global growth slowdown and softer economic activity in the People’s Republic of China, developing Asia still accounts for about 60% of overall world growth. However many countries in the region still find it difficult to export or import key goods because they struggle to get the trade finance they need from international and local banks.

To fill that gap, ADB’s Trade Finance Program provides guarantees and loans to banks to support trade, particularly in so-called frontier economies. In 2015, the program supported 1,908 trade transactions worth $2.5 billion, with banks in Bangladesh, Pakistan, Sri Lanka, Uzbekistan, and Viet Nam as the five most active users.

The agreement with Munich Re will enable ADB to provide even more support to the countries that need it most. The relatively short-term nature of transactions under the program also mean that funds can be rolled over quickly and could result in up to $500 million in additional trade finance support being extended annually.

Marcus Winter, head of Munich Re’s reinsurance development division said, “The signing of this agreement is a milestone for the cooperation between ADB and Munich Re. Our partnership will further support Asian economies in their trade relations with the international community.”

Short-term trade finance is considered a relatively safe investment, with statistics released yearly by the International Chamber of Commerce showing that its default rates only reach, on average, one fifth of comparable Moody’s default rates for other forms of financing. ADB’s Trade Finance Program was instrumental in creating these important industry-wide statistics. TFP conceived of and funded the first such statistics in 2010. Besides providing loans and guarantees to banks to support trade, the TFP aims to close market gaps also by creating knowledge products, such as these statistics, to fill information gaps and encourage greater private sector participation in financing trade in developing countries. Munich Re’s decision to enter the trade finance business was at least partly founded on these encouraging industry default rate statistics—affirming the relevance of ADB TFP knowledge products.

Munich Re stands for exceptional solution-based expertise, consistent risk management, financial stability, and client proximity. In the financial year 2015, the group – which combines primary insurance and reinsurance under one roof – achieved a profit of €3.1 billion on premium income of over €50 billion. It operates in all lines of insurance, with over 43,000 employees throughout the world. With premium income of around €28 billion from reinsurance alone, it is one of the world’s leading reinsurers.