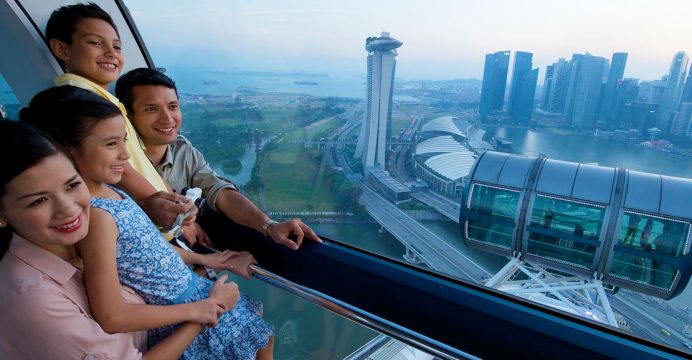 Singapore Airlines (SIA) is to launch non-stop flights between Singapore and San Francisco and will add a second daily service to Los Angeles in an expansion of its US operations.

The non-stop Singapore-San Francisco flights will be operated on a daily basis with effect from 23 October 2016 using Airbus A350-900 aircraft.

Flying time for the new Singapore-San Francisco services will be between 14:35hrs and 17:45hrs depending on direction and time of year, over a journey of around 13,600km. They will be the longest flights in SIA’s network until 2018, when a new variant of the A350-900 will enter service, enabling even longer flights between Singapore and both Los Angeles and New York. SIA is the launch customer for the new variant, the A350-900ULR, with seven of the type on order.

“Our customers have been asking us to offer more US services and we are pleased to be able to do so. With new non-stop San Francisco flights and the increase in frequency to Los Angeles, customers will have two flights to choose from each day to both of these popular US West Coast destinations,” said Senior Vice President Marketing Planning, Ms Lee Wen Fen.

SIA has at the same time taken the difficult decision to suspend services to Sao Paulo in Brazil as a result of the sustained weak performance of the route. SIA operates three weekly flights to Sao Paulo via Barcelona and the last flight will be operated on 20 October 2016. Services between Singapore and Barcelona will continue to be operated.

The A350-900 is able to operate non-stop San Francisco flights on a year-round basis, although depending on headwinds there will be some payload restrictions which will result in some seats not being offered for sale. The aircraft is configured with 253 seats in Business Class, Premium Economy Class and Economy Class.

In addition to San Francisco and Los Angeles, SIA’s US network includes flights to Houston via Moscow and New York JFK via Frankfurt.