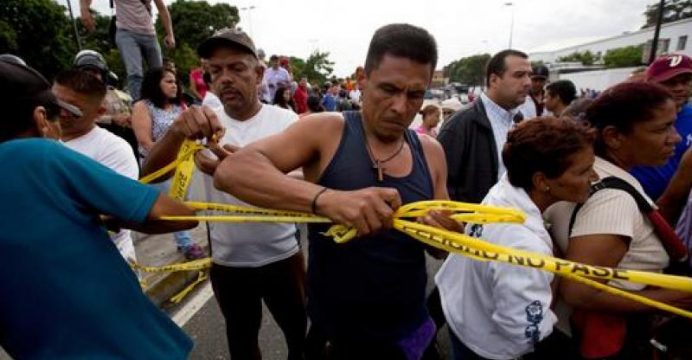 17-year-old boy died at a protest in Venezuela

A 17-year-old boy died on Wednesday after being badly wounded at a protest by Venezuelans demanding food, authorities said, the latest unrest to hit a country racked by severe shortages, according to BSS.

Officials did not give details on the boy’s injuries, which occurred on Tuesday night in the western town of Lagunilla, in Merida state in the Andes.

Local media reported he was shot in the head when police and soldiers clashed with demonstrators at the food protest, in which he was not taking part. 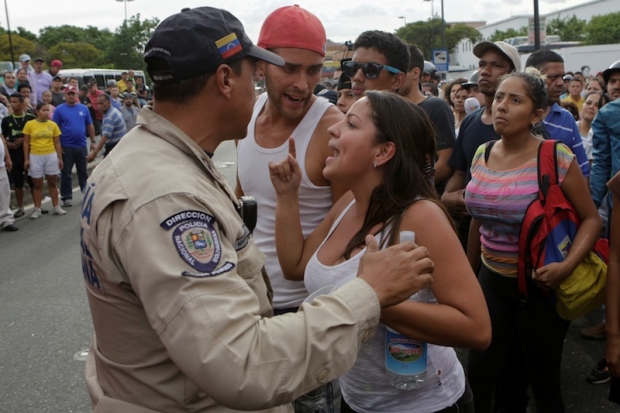 He was taken to the hospital, where he died on Wednesday morning. Eleven people were arrested over the violence, police said. They included several minors allegedly caught with food and electronics from looted businesses.

President Nicolas Maduro faces mounting protests over shortages of food, medicine and electricity. The leftist leader is fighting off opposition attempts to call a referendum on sacking him.

The South American oil producer is mired in an economic crisis brought on by the plunge in global crude prices over the past two years. At least four people have died in protests and looting crackdowns in recent days.