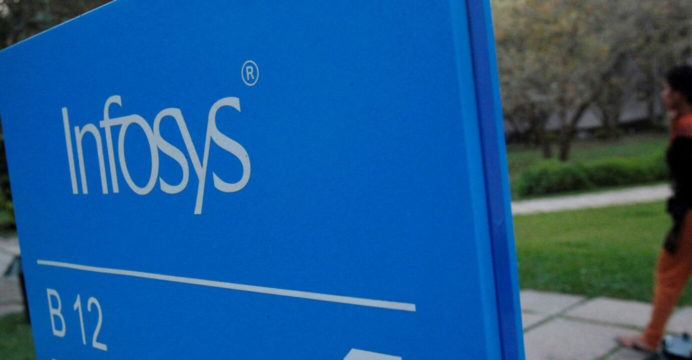 The country’s No.2 IT services company by revenue now expects 15%-16% revenue growth in the fiscal year ending March, compared with the 14%-16% rise it had forecast in July, reports Reuters.

While it signed 27 large deals in the quarter, with the total contract value at a seven-quarter high of $2.7 billion, Infosys trimmed its operating margin guidance for the year to 21%-22% from 21%-23%.

“We also see some caution in hi-tech and telecom besides mortgage and financial services. Keeping both the positive and macro factors we have decided to make our guidance narrower at the higher end of the band we had,” said Parekh.

Infosys’s rivals had also issued similarly cautious outlooks earlier this week, due to the challenging macro-environment and fears of an economic slowdown in their major markets of the U.S. and Europe.