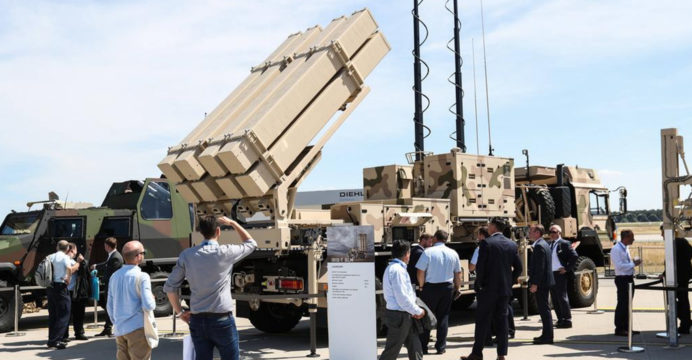 “IRIS-Ts from (Germany) are already here. (American) NASAMS are coming. This is only the beginning. And we need more,” Reznikov tweeted late on Tuesday.

“There is a moral imperative to protect the sky over (Ukraine) in order to save our people.”

Germany had promised delivery of the first Iris-T missile shield “in the coming days” after Russia unleashed deadly attacks across Ukraine on Monday, killing at least 19 people and wounding more than 100, according to Ukrainian authorities.

The Ukrainian defence ministry said Monday that Russia had fired 83 missiles at Ukraine, of which its air defences shot down 52, among which were 43 cruise missiles.