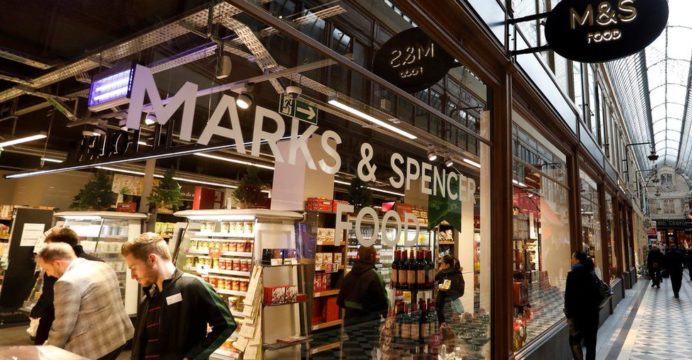 Marks & Spencer to closing 11 of its French stores

Marks & Spencer has said it is closing 11 of its French stores because of problems supplying them with fresh and chilled foods since Brexit.

The UK retail giant said all 11 franchise stores it operated with partner SFH in France would shut “over the coming months”.

M&S said supply chain problems since Brexit had made it “near impossible” to maintain standards of food supply.

“M&S has a long history of serving customers in France and this is not a decision we or our partner SFH have taken lightly,” said Paul Friston, M&S managing director of international.

“However, as things stand today, the supply chain complexities in place following the UK’s exit from the European Union now make it near impossible for us to serve fresh and chilled products to customers to the high standards they expect, resulting in an ongoing impact to the performance of our business.

“With no workable alternative for the High Street stores, we have agreed with SFH to close all 11 franchised stores.”

M&S stores in French airports, as well as those in railway and Metro stations, are run by Lagardere Travel Retail and are unaffected by this decision.

“Today’s announcement is the latest change to the structure of our European businesses following the UK’s exit from the European Union,” the retailer said.

“In April earlier this year, we announced the reconfiguration of our food business in Czech Republic, removing the sale of all fresh and chilled products from stores, and instead doubling our ranges of frozen and ambient products.

“This removed the ongoing supply chain risks to our business and the knock-on impact on limiting availability for customers in our stores.”