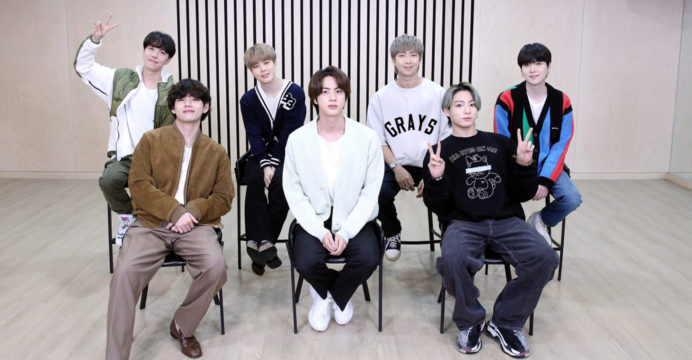 The famous K-pop band ‘BTS’ means a new record. Always discussion started on the first day of the song release. The same thing happened again around their new song ‘butter’.

BTS’s second English song ‘Butter’ was released on May 21. It is getting a huge response from the first day. He has even set a Guinness World Record. Guinness authorities said on Tuesday (May 25th) that 3.9 million viewers watched the song simultaneously on YouTube. Besides, it has been viewed 10 crores 72 lakh times in 24 hours.

Not only that, ‘Butter’ holds the record for most views on a Korean band’s music video in 24 hours. The song has been streamed more than 11 crore times a day on Spotify in addition to YouTube. And as a band, ‘BTS’ has also set a Guinness World Record.

Butter’s teaser was shared by BTS in late April. Shares 15-second short clips from their account. Where a butter-shaped gain sign was seen melting.

Ever since then, the excitement among the fans over the song was at its peak. Eventually, it came to an end. ‘Butter’ was released on May 23. The song was written by Rob Grimaldi, Stephen Kirk, Ron Perry, Jenna Andrews, Alex Belovits and Sebastian Garcia.

Earlier this year, BTS announced their new album. It will be released on June 18. It will have 23 Japanese songs.

BTS is popular in Korean as well as Japanese songs. Last year, their most successful album, Map of the Soul: ৭, was arranged with Japanese songs. Earlier also 3 albums were released from Japan. All of them are very popular.