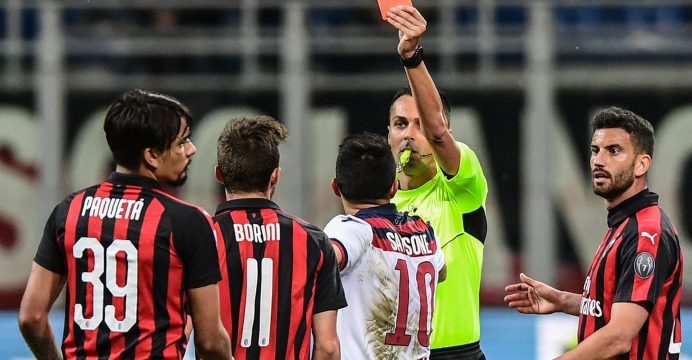 Milan back in Champions League race after fiery Bologna win

AC Milan revived their Champions League hopes with a 2-1 win over Bologna on Monday as tempers flared with three players sent off and a bust-up between French midfielder Tiemoue Bakayoko and coach Gennaro Gattuso on the sidelines.

Gattuso’s side move back into fifth place — three points behind Atalanta who occupy the final Champions League berth — with three games left to play this season.

Milan had dropped out of the European places after a draw against Parma and loss to Torino but now move level on points with Roma who are sixth.

Champions Juventus and second-placed Napoli are already assured of Champions League football next season but the battle for the final two berths remains tight with Inter Milan on 63 points, followed by Atalanta (62), AC Milan (59), Roma (59) and Torino (57). 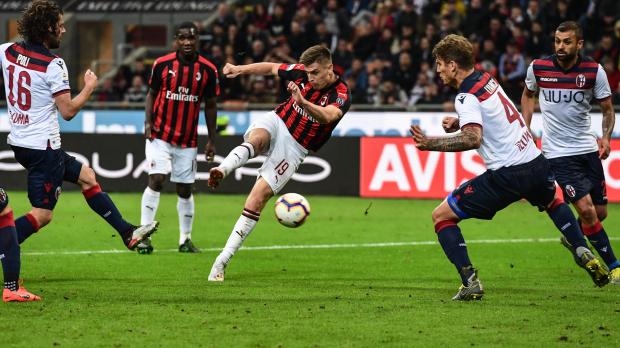 “These are important points, we’re right there now for the Champions League,” said Gattuso whose side are targeting a return to elite European football for the first time since the 2013-2014 season.

Spanish winger Suso opened for Milan on 37 minutes with the game springing to life in the second half with Fabio Borini tapping in the second on 67 minutes.

Bologna’s Mattia Destro pulled one back on 72 minutes, with Milan playing the final quarter of an hour a man down after midfielder Lucas Paquet was sent off for arguing with the referee.

In a nervy finale Bologna finished the game with nine men with Nicola Sansone and Mitchell Dijks both sent off late.

The absence of the pair could prove costly for Bologna, just five points above the relegation zone, and need points next week against Parma before their final two games against Lazio and Napoli.