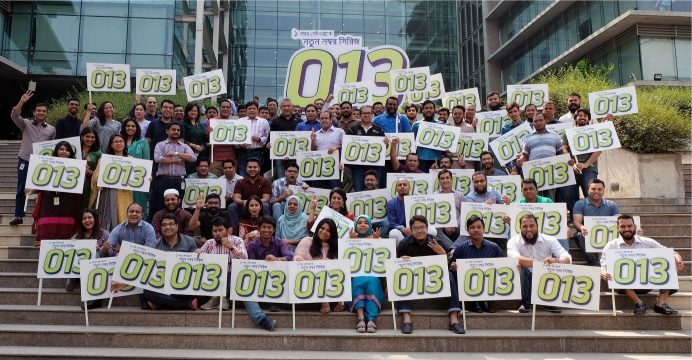 More than 100,000 customers have already opted for 013 series connections in just four days since the launch of the new Grameenphone number series. The operator launched the new number series on October 14, 2018, as it has almost exhausted its original 017 series numbers.

Deputy CEO and CMO of Grameenphone Yasir Azman said, ‘We are glad to see the overwhelming demand for 013 number series. This is another testament of peoples’ trust in Grameenphone’s superior network when the industry is going through an intense competition. We will continue to maintain the high standard of our network that we are known for. I welcome all to join in the number one network of Bangladesh and to its new number series 013!’

013 connections are available across the country only at BDT 100. By recharging BDT 34 for the first-time customers will get 1paisa/second call rate for 30 days along with 1 GB free data with 7 days validity. They will also be able to buy 1 GB data for BDT 9 once in a month in the next 9 months (including the first month).