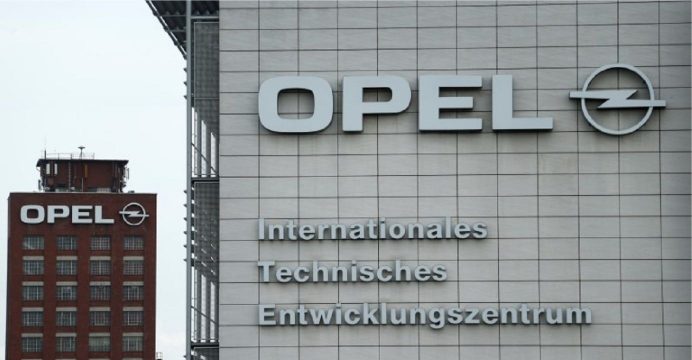 German authorities are investigating carmaker Opel as part of an inquiry into the “dieselgate” scandal that saw major manufacturers such as Volkswagen fined billions of euros for cheating emissions tests, the transport ministry said Saturday.

A ministry spokesman told reporters it was looking into Opel’s Euro 6 diesel models but stressed “nothing definitive” could be concluded until the probe was complete.

According to the mass-selling tabloid Bild, Opel’s Cascada, Insignia and Zarifa models are under investigation, totaling 60,000 vehicles, reports BSS.

Without citing its sources, the paper said Germany’s Federal Motor Transport Authority (KBA) had “strong evidence” to suggest exhaust management systems in some models had been totally deactivated during normal driving.

If that were the case, it suggested Opel’s diesel models would exceed emission limits “by more than 10 times”.

The KBA in 2016 asked several manufacturers including Opel to voluntarily sign up to a scheme to reduce emissions, according to the DPA Germany news agency.

Opel posted a statement on Twitter saying it “has not received any order from the KBA”.

“We would like to remind that Opel already recognized the potential for improvement in December 2015 and started a technology initiative for more transparency, credibility and efficiency for the benefit of its customers,” it added.

Opel, a subsidiary of France’s PSA group of carmakers, said in 2016 that it has never installed devices used to cheat emission tests in its vehicles.

“Our cars comply with legal norms,” Bild quoted the firm as saying.

The dieselgate crisis started when the Volkswagen group admitted in 2015 to installing so-called “defeat devices” in some 11 million diesels worldwide that made them seem less polluting in lab tests than they actually were on the road.

It has so far cost the VW group more than 25 billion euros ($29 billion) in buybacks, fines and compensation, mainly in the United States where the cheating scam was first uncovered. Last month, Audi chief executive Rupert Stadler was arrested over parent company Volkswagen’s role in the scandal.