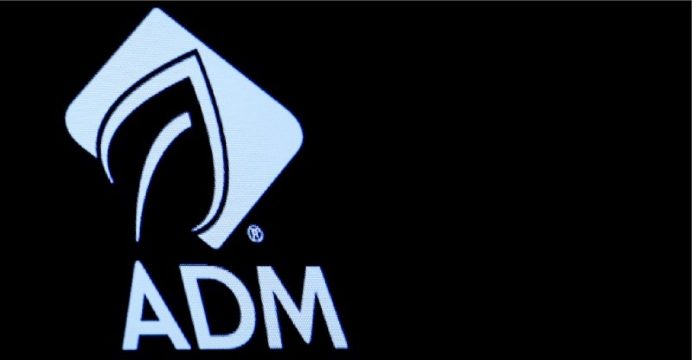 Archer Daniels Midland Company to take over Neovia for $1.8 billion

ADM and its rivals such as Bunge Ltd, Cargill Inc and Louis Dreyfus Corp have been forced to review their approach in recent years as a global oversupply of food commodities made it tough to turn a profit on their core business: buying, processing and selling soy, corn and wheat.

“We were happy with our animal feed activities but it was too local,” ADM President for Europe, Middle East and Africa Pierre-Christophe Duprat told Reuters. “If we wanted to expand we needed a more global approach.”

ADM is the most U.S.-focused of the major grain companies and has been trying to expand its geographic footprint. The acquisition, first reported by Reuters, would be ADM’s second largest to date after it purchased natural food ingredients company Wild Flavors for $3 billion in 2014.

Neovia, which had sales of 1.7 billion euros ($2 billion) in 2017, produces and sells a range of nutritional products for animal feed producers. Its activities include premix and high value-added services, pet care, aquaculture, additives and ingredients, and complete animal feed.

It has limited presence in North America but a large one in Europe, Southeast Asia, Central and South America with 75 percent of its sales coming from outside Western Europe. ADM shares were 0.6 percent lower at $45.56 by 1514 GMT.

ADM would divert all its feed activities into Neovia’s to create a new unit, called ADM-Neovia, with combined sales approaching $3.5 billion, said Duprat.

“The addition will create one of the world’s leading animal nutrition providers,” ADM Chief Executive Juan Luciano said in an investor call.

Chicago-based ADM said in March it was shifting its business segments into four new units – carbohydrate solutions, nutrition, oilseeds and origination – to differentiate its offerings to customers.

The takeover will lead to a reorganization and a likely reduction in staff in France but it was too early to speak about redundancies, Duprat said.

ADM said in a presentation the deal would offer run-rate earnings before interest, taxes, depreciation and amortization (EBITDA) synergies of about 50 million euros by the fourth full year after the transaction closes.

Eurazeo said at the end of last year it wanted to review its stake, which served as a trigger, Duprat said, although he said taking full control of Neovia was not ADM’s initial idea.

The deal will help InVivo accelerate investments in other agricultural businesses, CEO Thierry Blandinieres said in a statement.

The acquisition, valued at 1.535 billion euros, would be 100 percent cash and is expected to be finalised in the fourth quarter of the year after a consultation process involving employee representatives and pending supervisory authority approval.

ADM had been a partner of InVivo in German grain trader Toepfer until 2014 and they now have joint stake in British grain trader Gleadell.

Other shareholders of Neovia include French grain growers fund Unigrains and Credit Agricole. The deal comes after ADM held takeover talks with rival Bunge, which stalled this year, according to sources and media reports.

In another sign ADM is seeking to diversify its portfolio, the firm said on Friday it would pay 185 million pounds ($242 million) to buy Probiotics International Limited (PIL), better known under its umbrella brand Protexin, a Britain-based maker of probiotic supplements for people and animals.