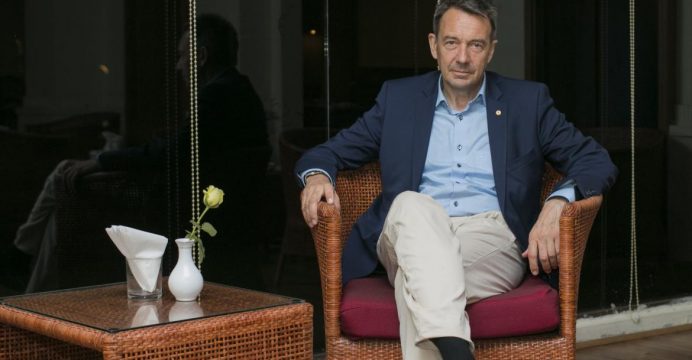 President of the International Committee of the Red Cross or ICRC Peter Maurer will visit Myanmar and Bangladesh from June 25 to July 3 to see his organisation’s work in Rakhine State and Cox’s Bazar.

He will meet affected communities and representatives of the Myanmar and Bangladesh governments, the ICRC’s Dhaka office said.

Meetings in Myanmar will include those with State Counsellor Aung San Suu Kyi, and President Win Myint.

An estimated 700,000 Rohingyas left Myanmar for Bangladesh after the violence of August 2017 and many others in Rakhine have been displaced.

Access to food, healthcare, education and the necessities of life has been difficult for everyone.

“Humanitarian organizations are doing their best to alleviate the suffering in very difficult circumstances, especially as the monsoon season advances. But ten months on, despite all the talking and all the efforts, too many people are still suffering too much,” said Maurer.

“While the emergency response continues, there must be urgent progress – from humanitarians, development actors, and the authorities – on building sustainable solutions,” added the ICRC chief who will also hold media briefings in both countries.