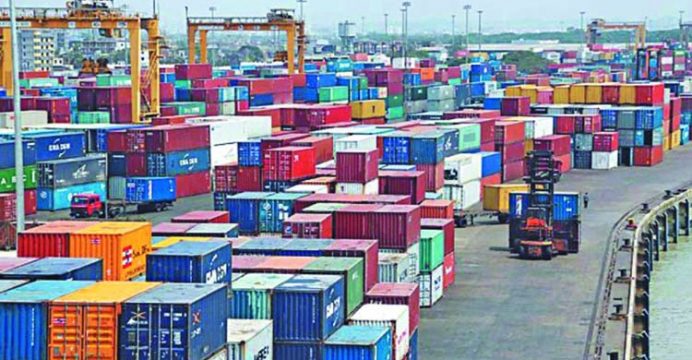 Bangladesh witnessed a falling growth rate in exports until 2016-17

A rising GDP growth rate since 2012-13 had been largely driven by factor accumulation and government expenditure. But, the sluggish private investment and rise in public investment continued as the share of public investment in total investment became one-fourth by 2016-17 from around 16.5% in 2008-09. Stimulating the private sector investment still remains a big challenge.

This December 2017, QRBE presents SANEM’s reflections on the performance of the Bangladesh economy until the end of 2017 and the major challenges which will be critical for the economy in 2018. Dr. Selim Raihan, Executive Director of SANEM, makes the keynote presentation.

A rising GDP growth rate since 2012-13 had been largely driven by factor accumulation and government expenditure. But, the sluggish private investment and rise in public investment continued as the share of public investment in total investment became one-fourth by 2016-17 from around 16.5% in 2008-09. Stimulating the private sector investment still remains a big challenge.

Despite the fact that the leather industry was declared as the ‘Product of the Year’, this sector performed poorly. The prospect of the rising export growth in 2018 depends on both the domestic and external factors. On the domestic front, there are problems of policy-induced and supply-side constraints. The real effective exchange rate of Bangladesh is still highly appreciated compared to Bangladesh’s competitors. During 2012 and 2016, REER of Bangladesh, with respect to US$ appreciated by 22.3%.

Further adjustment in the nominal exchange rate will be obvious given the scenario of high import demand and slow down of export and remittance growth. However, mere devaluation of the nominal exchange rate will not be enough for getting the REER right. There is a need for necessary measures for export growth by addressing the domestic competitiveness issues as well as for product and market diversification.

The country also witnessed a falling growth rate in remittance until 2016-17. However, during July-Nov 2017-18 remittances grew at 10.1% compared to the similar period in 2016-17; yet it was 6.6% lower than the similar period in 2015-16. According to the World Bank’s recent projection remittances to low- and middle-income countries are on course to recover after two consecutive years of decline. This means that there is a brighter prospect for Bangladesh in 2018. 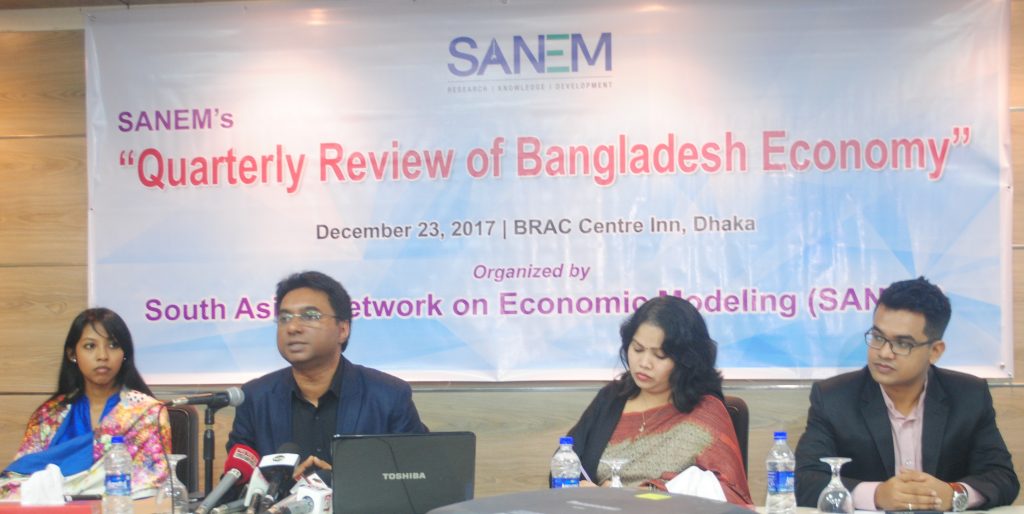 Rice prices are still high and on the rise despite imports. Using a computable general equilibrium (CGE) model, we simulated a shock of 35% increase in the price of rice in the Bangladesh economy and the results show that there is likely to be a rise in headcount poverty rate by 0.32 percentage points due to rice price rise in this year. This means, 5,20,000 people have fallen into poverty due to rice price rise in this year. SANEM suggests for a ‘Rice Policy’ with respect to production, import, supply management and strategic agreements with the rice exporting countries. 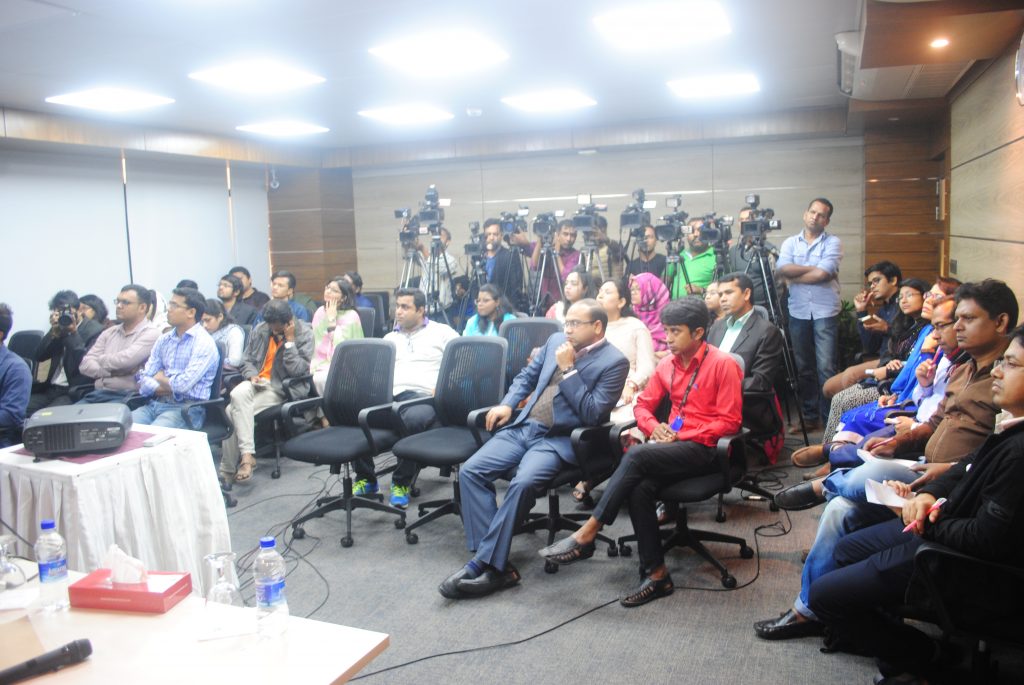 SANEM is highly concerned about the rise in scams in the banking sector and high rise in the non-performing loans. These are reflections of weak regulation, political patronage, and lack of vision. The ‘Banking Companies (Amendment) Act-2017′ which has allowed four family members on bank board of directors for nine consecutive years will increase the fragility of the banking sector further. There is a need for a political will, proper regulation, empowering Bangladesh Bank, and speedy trial of the financial crimes.

There are five challenges for Bangladesh economy in 2018. These are: (1) political uncertainty looming over the national election which can further affect private investment; (2) rising food inflation; (3) being on track with respect to SDGs; (4) challenge of growth of exports and remittance; and finally (5) governance issues around the banking sector.

In conclusion, there are two messages. The first message is that the business-as-usual the scenario will not help when it comes to generating productive employment, making growth inclusive, accelerating the reduction in the poverty rate, developing human capital, and achieving the SDGs by 2030.

The second message is that there is a need for ‘getting the priorities right’, which requires prioritizing education, health and social sector investment, speedy complementation of the infrastructure projects (including SEZs) within justified cost estimates, and undertaking reform measures with respect to trade, industrial and macro policies and institutions.