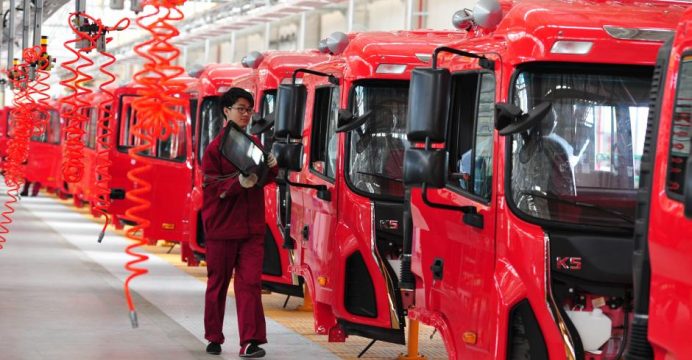 China’s growth eased to 6.8 percent in the third quarter

China’s growth eased to 6.8 percent in the third quarter but remained higher than the government’s full-year target, providing a boon to President Xi Jinping amid a major Communist Party congress.

“The national economy has maintained the momentum of stable and sound development in the first three quarters, with favorable factors accumulating for the economy to maintain the medium-high rate of growth,” said bureau spokesman Xing Zhihong. 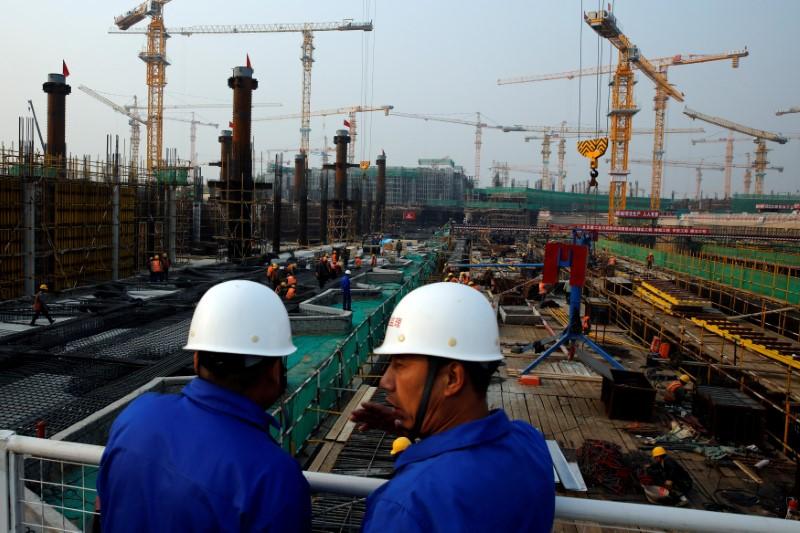 Workers survey the construction site of the terminal for the Beijing New Airport in Beijing’s southern Daxing District, China

The 6.8 percent figure, based on an annual comparison, followed the growth of 6.9 percent in the first and second quarters of the year and was in line with forecasts from analysts surveyed by a news agency.

The government has a set a target of around 6.5 percent growth in 2017. Brisk consumer spending and strong factory output fuelled economic growth for the July to September period.

The 10.3 percent rise in retail sales for September from a year earlier was welcome news for the economy, which is relying on China’s vast consumer pool to start spending as the economy transitions away from investment-heavy growth.

“China’s economy has been transitioning from a phase of rapid growth to a stage of high-quality development,” Xi told an audience of 2,300 party leaders when he opened the Congress on Wednesday.