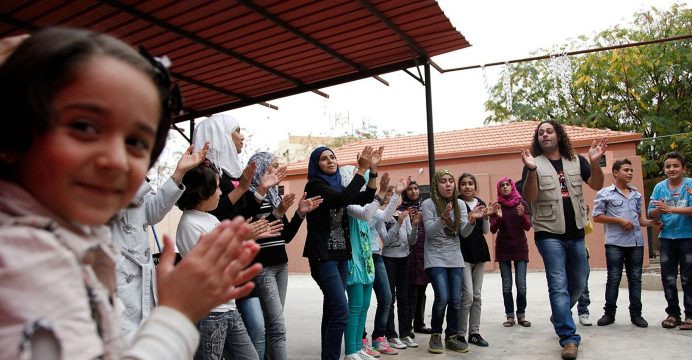 IOM has received CAD 2.6 million from the Government of Canada, through its Department of Foreign Affairs and Trade and Development (DFATD), to contribute towards the promotion of peace and stability in northern Lebanon.

The 24-month programme will enhance the local communities’ resilience and strengthen local government and civil society’s capacity to respond to urgent needs, mitigate tensions and avoid the escalation of conflict.

Five years after the start of the Syrian crisis, northern Lebanon collectively hosts an estimated 256,126 Syrian Refugees, representing more than 22 percent of the total population (excluding Palestinian refugees from Lebanon) of the region. More than half of these live in substandard shelters.

While long-standing ties between Syrians and Lebanese in these areas have had a positive influence on easing local tensions, the increasing strain on services is testing these bonds. Given the protracted nature of the Syrian conflict, humanitarian needs are spiralling as competition over scarce resources and jobs, rising rents and commodity prices, and increasing food insecurity has led to a consequent rise in inter-communal tensions.

Through a series of community-based interventions, including revitalization of essential infrastructure and basic service provision, conducted in close consultation with municipal authorities and host and displaced communities, the Canadian-funded project aims to enhance social cohesion and stability in the area.

Approximately 12,000 persons will benefit from identified priority community support projects. Each project will target vulnerable groups including at-risk youth, female-headed households and families living in informal shelters. Municipal government officials and local NGO partners will be involved in the overall supervision and facilitation of the collaborative implementation process, building their capacity to address community needs in the future.

“This programme, along with other stabilization projects implemented by IOM in the north, is a great opportunity to open the door to more projects focusing on promoting peace and stabilization,” according to Fawzi Al-Zioud, Head of IOM Office in Lebanon.