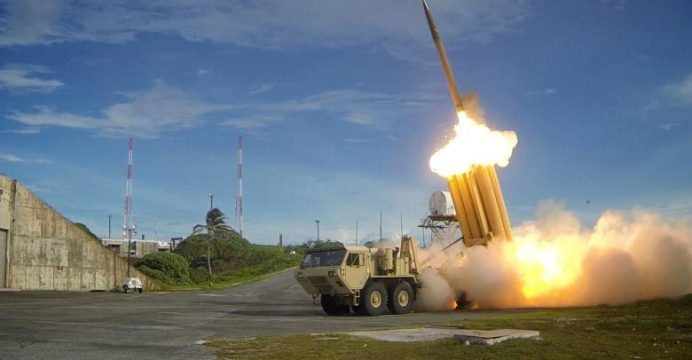 China to raise defense spending by “around 7 percent” this year

China will raise defense spending by “around seven percent” this year as it guards against “outside meddling” in its disputed territorial claims in Asian waters, a top official said on Saturday.

“We call for a peaceful settlement through dialogue and consultation (of the disputes). At the same time we need the ability to safeguard our sovereignty and interests and rights,” said Fu Ying, spokeswoman for the National People’s Congress, the Communist-controlled parliament, reports BSS.

“In particular, we need to guard against outside meddling in the disputes.”

Fu did not specify what “meddling” she was referring to, but Beijing’s claims in the South China Sea and the East China Sea have stirred alarm in the region and prompted criticism from Washington.

The announcement came just days after US President Donald Trump outlined plans to beef up American military forces by raising expenditures by around 10 percent.

China’s planned spending increase for 2017 holds steady from last year when the government said it would grow by 6.5-7.0 percent. The 2016 figure marked the first time since 2010 that spending growth did not rise into double figures.

China nonetheless continues a decades-long build-up and modernisation of its once-backward armed forces as it seeks military clout commensurate with its economic might.

Brunei, Malaysia, the Philippines, Vietnam, and Taiwan have contested Beijing’s claims, and the United States has repeatedly called on China to uphold freedom of navigation, sending ships and aircraft to pass close to the new islands.