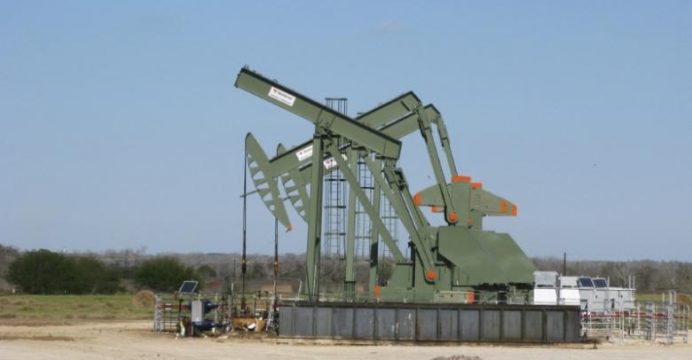 Global oil prices fell 1 pct on Tuesday but continued to trade in a tight range, as concerns about rising U.S. crude inventories ahead of data overshadowed OPEC production cuts.

U.S. crude stockpiles have been rising for seven consecutive weeks, and forecasts of an eighth build of 2.9 million barrels last week fueled worries that demand growth may not be sufficient to soak up the global crude oil glut, reports Reuters.

Inventory data is due from industry group the American Petroleum Institute at 4:30 p.m. EST (2130 GMT) and the government’s report at 10:30 a.m. EST on Wednesday.

The Organization of the Petroleum Exporting Countries has so far surprised the market by showing record compliance with oil-output curbs, and could improve in coming months as the biggest laggards – the United Arab Emirates and Iraq – pledge to catch up quickly with their targets.

While the Nov. 30 agreement to reduce production prompted oil prices to rise $10 a barrel, they have been trading in a narrow $3 range in recent weeks.

“Without full compliance by the OPEC cartel and non-OPEC producers, and signs that demand is picking up, we are positioned for a correction,” said Gene McGillian, manager of market research at Tradition Energy in Stamford, Connecticut.

“There’s a risk that some of the new longs will start to head for the exits, and that’s where we could see a correction.”

Still, he said, prices are likely to stay locked in their current band unless there are signs that the production cut agreement has failed, or that compliance is dropping.

OPEC agreed to curb output by about 1.2 million barrels per day (bpd) from Jan. 1, the first cut in eight years. Underlying the high compliance to the deal, Iraq trimmed exports of Kirkuk crude oil to help meet its output target.

In addition, 11 non-OPEC oil producers have promised to cut their output – Russia reduced production by 124,000 barrels per day this month compared with October levels, Interfax reported on Tuesday citing a source familiar with the data.

Oil industry and OPEC country sources told Reuters Saudi Arabia wanted crude prices to rise to $60 a barrel this year, a level it saw as encouraging investments but not spurring a fresh surge in U.S. shale production.

But a report from consultancy Rystad Energy issued earlier this month said the break-even price for U.S. shale oil producers fell last year to an average $35 per barrel.