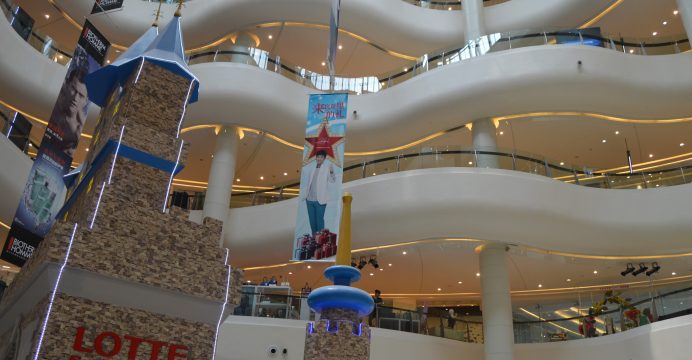 South Korean media have described a string of inspections at Lotte’s Chinese ventures as retaliation over the government’s decision to deploy the U.S. Terminal High Altitude Area Defence (THAAD) system on land that is currently part of a golf course owned by Lotte , reports Reuters.

Since December, Chinese authorities have conducted fire inspections, facility inspections or tax investigations at most of Lotte’s business locations in China including some 120 retail stores, a source with direct knowledge of the matter told Reuters.

The source was not authorized to discuss the matter with media and declined to be identified.

THAAD’s powerful radar is capable of penetrating Chinese territory, and Beijing has said THAAD threatens China’s own security and will do nothing to ease tension on the Korean peninsula.

Worried that Beijing is punishing it over the THAAD plans, South Korea said last month it will look to improve communication and cooperation with China to resolve difficulties faced by South Korean companies there.

Chinese Foreign Ministry spokesman Lu Kang, when asked if THAAD had an impact on the Lotte project, told reporters at a daily news briefing that he had no understanding of the status of the specific project.

“On principle I can say that China welcomes foreign enterprises to invest. At the same time, relevant companies operating in China must abide by laws and regulations,” Lu said.

He added that China’s opposition to the THAAD deployment was clear.

Lotte said construction was halted in December and that it was working to address a matter that needed to be remedied, adding that there had been no major disruptions so far as little construction takes place during the winter.