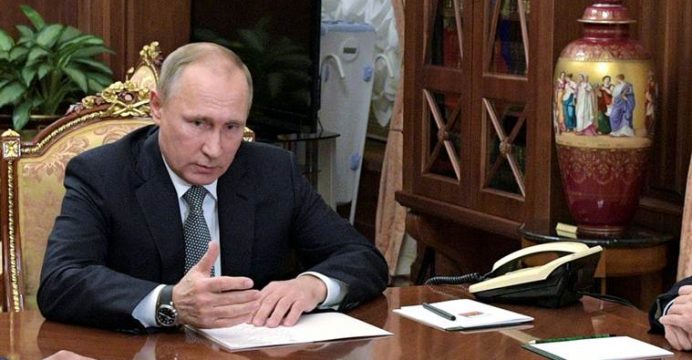 Russia to expel 35 US diplomats

Russia’s foreign ministry has requested President Vladimir Putin turf out 35 American diplomats from the country in a tit-for-tat response to a similar move by Washington over hacking allegations, Moscow’s top diplomat said on Friday.

“Russia’s foreign ministry… has requested that the Russian president approve declaring as personae non gratae 31 employees of the US embassy in Moscow and four diplomats from the US consulate in Saint Petersburg,” Lavrov said in televised comments, reports BSS.

The ministry is also seeking to ban diplomats from using a holiday home located in western Moscow and a warehouse in the north of the city, Lavrov said, after President Barack Obama said the US would close two Russian compounds.

The US embassy in Moscow, Russia

Lavrov said the two Russian country houses in New York and Maryland were used for children’s holidays and ridiculed the notion they were “nests of spies.”

“We of course cannot leave these stunts unanswered. Reciprocity is the law in diplomacy and international relations,” he said, hoping that Putin approves the requests “promptly.”