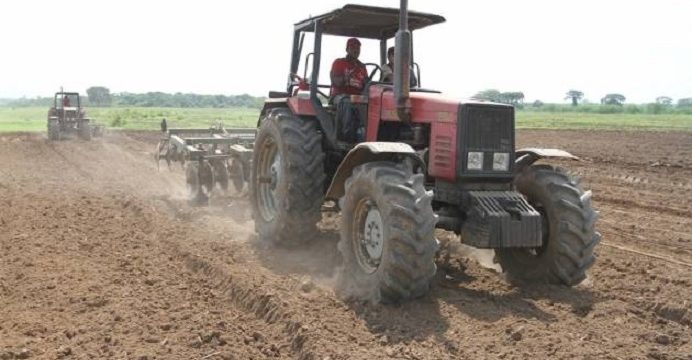 Venezuela on Tuesday said private and public companies will be obliged to let their workers be reassigned to grow crops, in a dramatic move in the middle of the country’s crippling economic crisis, reports BSS.

The Labor Ministry announced the measure as part of the economic emergency already in effect; it will require all employers in Venezuela to let the state have their workers “to strengthen production” of food.

President Nicolas Maduro’s government is fighting for its life amid staggering inflation and shortages of everything from food to toilet paper, diapers and shampoo.

Inscription on a wall in the low income Santa Rita neighborhood in Maracay, 70km from Caracas, reads “Corrupt military, the people are hungry”

Maduro, like his predecessor Hugo Chavez, has increasingly moved the country towards taking over parts of the economy.

Now, Venezuela’s state-led socialist government has said it is ready to take the next big step — giving itself authority to order individuals from one job to another.

It was not immediately clear when the temporary measure will kick in, or for how long workers will be sent to the fields.

The workers from private, state or jointly owned businesses must be fit and have some basic theoretical or practical knowledge of food production, according to the resolution.

Private companies will not pay the workers’ salaries if they are “reassigned” to the agricultural sector, but they will have to pay the usual social security contribution, it added.

Venezuela’s economy is reeling from the global crash in the price of oil, its main export. The plunge in crude revenues has unleashed a deep recession, chronic shortages and hyperinflation, threatening 17 years of socialist rule under Maduro and his late predecessor, Chavez.

The Inter-American Commission for Human Rights (IACHR) on Friday decried the dire shortages of food and medicine, calling on officials in Caracas to undertake “urgent measures” to stem the crisis.

On Monday, visitors to a Caracas zoo broke into a pen where they stole a horse which they later butchered for meat, according to a prosecutor’s statement.