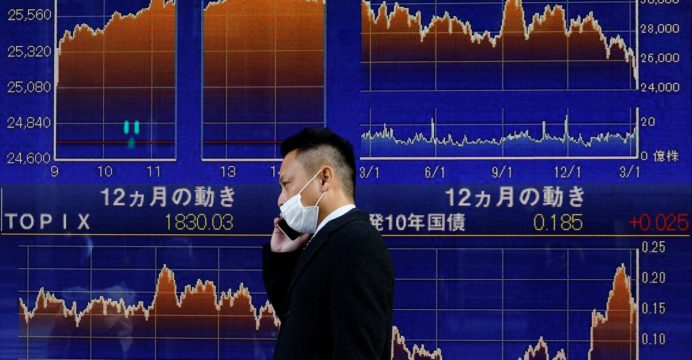 Tokyo stocks opened higher on Tuesday as investors took heart from rallies on Wall Street and a cheaper yen against the dollar.

US stocks ended higher overnight for a second straight session ahead of major earnings reports this week and due to expectations that the Federal Reserve will moderate its aggressive anti-inflation posture.

Japanese trading will likely be “led by purchases, with investors encouraged by rallies in US stocks and a weaker yen”, Mizuho Securities said.

Advances “in core global bond yields has been one factor weighing on the yen”, with investors buying back bonds after the Bank of Japan’s lack of policy action last week, said National Australia Bank strategist Rodrigo Catril.

Honda was up 0.74 percent at 3,116 yen and battery maker GS Yuasa rallied 4.10 percent to 2,262 yen after the companies announced they will set up a joint venture aimed at developing cutting-edge lithium-ion batteries this year.