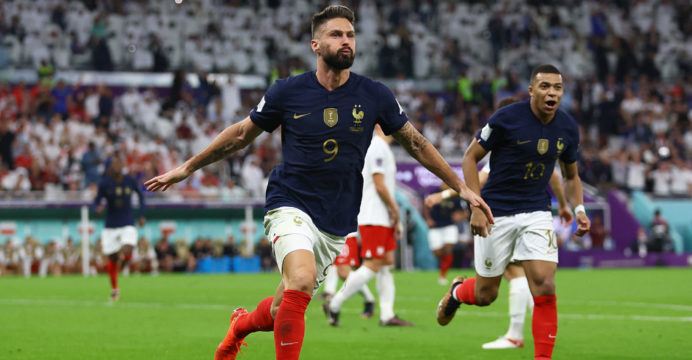 Following his goal against Poland at the World Cup, Olivier Giroud broke Thierry Henry’s previous record of 52 goals for France on Sunday.

On his 117th appearance for his country, Giroud, 36, gave France a 1-0 lead just before halftime in their round of 16 match at Al Thumama Stadium in Doha.

After scoring twice against Australia in France’s opening group game, the AC Milan forward scored his third goal of the competition with that strike.