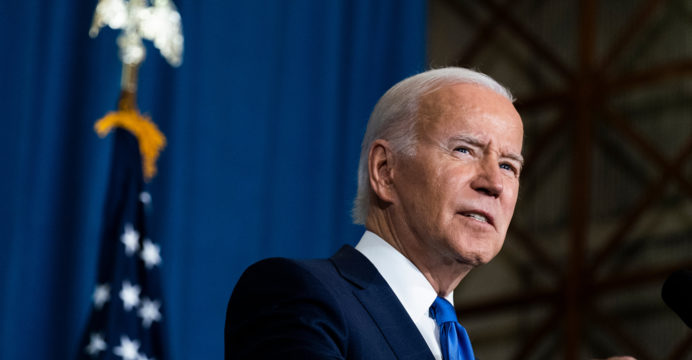 On election night, Biden calls on Americans to “protect” democracy

On the eve of Tuesday’s midterm elections, President Joe Biden urged Democrats to defend democracy by defeating Donald Trump’s Republicans in a contest that polls indicate has the potential to shake up the balance of power in Washington.

Democrats prepared for the worst as Republicans appeared well-positioned to capture at least a portion of control of Congress and Trump hinted at a run for the White House in 2024 at his own rally late Monday.

Republicans’ legislative plan for the final two years of Vice President Biden’s first term would be derailed even if they just take control of the House of Representatives, which may undercut US backing for Ukraine’s battle against Russia.

“Our lifetimes are going to be shaped by what happens,” Biden told an enthusiastic crowd at a historically Black university in Bowie, near Baltimore, late Monday. “We know in our bones that our democracy is at risk and we know that this is your moment to defend it.”

“The power’s in your hands,” he told Democrats. “So vote, get out the vote.”

The transformation that has been occurring within the Republican Party ever since former real estate billionaire Donald Trump shocked the world by defeating Hillary Clinton for president in 2016 would also be accelerated by an inflow of far-right Trump supporters in Congress.