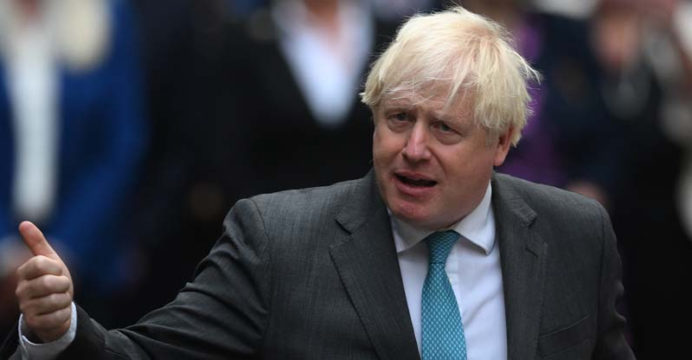 Johnson returns to UK as Sunak qualifies for PM race

As Rishi Sunak, a rival for the Conservative leadership passed the necessary barrier to run for the top post in the UK, former prime minister Boris Johnson on Saturday returned to the country from vacation to begin an audacious political comeback.

Allies told British media that Johnson was “up for it” and that he had cut short a trip to the Caribbean to enter the crowded field of candidates vying to succeed departing leader Liz Truss.

The divisive 58-year-old architect of Brexit only stepped down from office in early September, two months after declaring it in the wake of a Tory uprising over a number of scandals.

His apparent bid to return to office just weeks later has already been decried by opposition politicians, and even some in his own fractured ruling party who argue that both it and the country need stability and unity.

“We’ve got to go forward, not go back,” Dominic Raab — Johnson’s deputy prime minister — told Sky News, adding an imminent parliamentary inquiry into the “Partygate” scandal that dogged his former boss could prove too distracting.

Raab claimed that Sunak, a former finance minister, was the “standout candidate” because of his background in economics.

After Truss abruptly declared on Thursday that she would resign after only 44 turbulent days in office, the Tories were forced into their second, quicker leadership election since the summer.

It came after a terrible mini-budget that cut taxes and caused economic and political unrest, as Sunak had foreseen.

In a sign of the toll from the tumult, ratings agency Moody’s said Friday it had downgraded Britain’s outlook, blaming in part “heightened unpredictability in policy making”.

Meanwhile, the pound — which hit a record low against the dollar in the mini-budget’s immediate aftermath, but had since rallied — slumped.