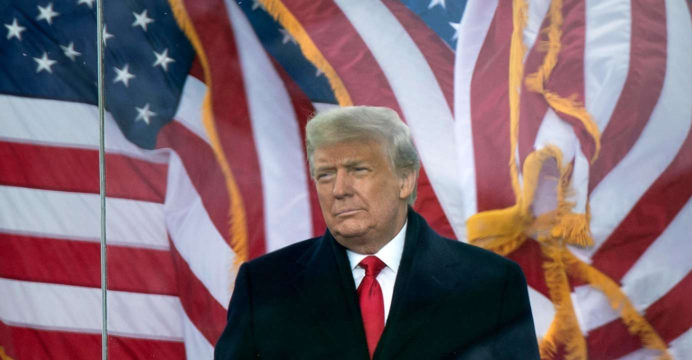 Lawmakers who are investigating the 2021 attack on the US Capitol subpoenaed former president Donald Trump on Friday to get his testimony about his involvement in the violence. This is a major escalation of their inquiry, which has been going on for a long time.

After the House panel of seven Democrats and two Republicans voted unanimously last week to compel Trump’s appearance before investigators, the summons came.

It requires the 76-year-old Republican to produce documents by November 4 and to appear for a deposition beginning on or around November 14 — the Monday after the crucial November 8 midterm elections.

“As demonstrated in our hearings, we have assembled overwhelming evidence, including from dozens of your former appointees and staff, that you personally orchestrated and oversaw a multi-part effort to overturn the 2020 presidential election and to obstruct the peaceful transition of power,” the committee told Trump in a letter.

Trump, who gave a fiery speech near the White House on January 6, 2021 urging his supporters to “fight like hell”, was impeached for inciting the mob to storm Congress later that day and halt the peaceful transfer of power to Joe Biden.

The letter accuses Trump of trying to overturn the election even though he knows that claims of fraud have been overwhelmingly rejected by more than 60 courts and refuted by his campaign staff and senior advisers.

“In short, you were at the center of the first and only effort by any US president to overturn an election and obstruct the peaceful transition of power, ultimately culminating in a bloody attack on our own Capitol and on the Congress itself,” it added.

Without confirming Trump had received the subpoena, his lawyer David Warrington said his team would “review and analyze” the document and “respond as appropriate to this unprecedented action.”

Biden said during an interview with MSNBC on Friday that it “would make sense” for Trump to comply with the subpoena.