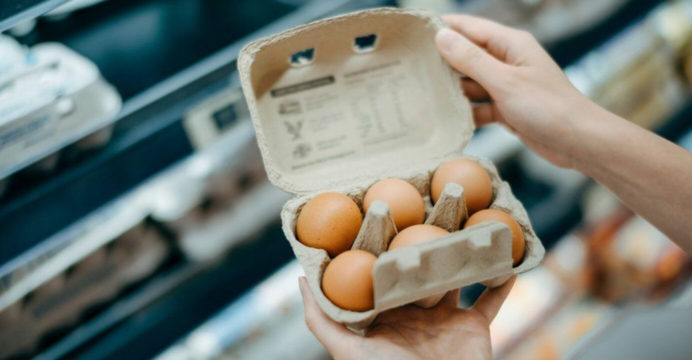 Consumer prices in the US rose more than expected last month

Consumer prices in the US rose more than expected last month in a sign that the inflation fight in the world’s largest economy is far from over. Inflation, the rate at which prices rise, was 8.2% in the 12 months to September, down from 8.3% in August.

Despite the fall, the figure was still higher than forecast. Inflation in the US is being closely watched as the US central bank’s efforts to tame the problem push up the dollar and global borrowing costs. The rate is well above the central bank’s 2% target and means the Federal Reserve is likely to continue to keep raising interest rates in an attempt to cool rising prices, reports BBC.

“The Fed needs to react at the next meeting and continue to keep policy tight until there is some sign that inflation is under control,” said Neil Birrell, chief investment officer at Premier Miton Investors.

“This print raises the level of uncertainty and is bad news for the economy overall, but for consumers in particular. The peak in interest rates will, in all probability, be higher now. It’s difficult to find any positives in this for the economy or markets.”Inflation in the US has dropped back since hitting 9.1% in June, helped by a fall in fuel prices at the pump.

Costs for clothing and used cars also dipped last month. But the issue continues to affect other parts of the economy. Grocery prices have jumped 13% over the past 12 months, and housing and medical costs are also rising sharply.

Excluding food and energy, inflation jumped 6.6% – the fastest rate since 1982.

“The composition of the inflation reading is perhaps even more worrisome than the overall number,” said Seema Shah, chief global strategist of Principal Asset Management.

“Increases in shelter and medical care indices… confirm that price pressures are extremely stubborn and will not go down without a Fed fight.”

The Federal Reserve has already raised interest rates five times since March, opting for unusually large hikes in recent months that have unsettled financial markets and led to sharp slowdowns in sectors like housing.

By making borrowing more expensive, the Fed is hoping to reduce demand, especially for big ticket items such as cars and homes, and ease the pressures pushing up prices. But by slowing activity, the Fed also risks tipping the economy into a recession. Analysts see that outcome as increasingly likely, since inflation has proven stubbornly resistant to the Fed’s efforts so far.

With midterm elections looming in November, President Joe Bien has tried to make the case that the slowdown in economic activity is a healthy shift from the growth surge that followed the pandemic, pointing to robust job creation and low unemployment.

“I don’t think there will be a recession. If it is, it’ll be a very slight recession”, he said in an interview this week.

But concerns about the economy have weighed on the Democrats.

“Americans are squeezed by the cost of living: that’s been true for years, and they didn’t need today’s report to tell them that. It’s a key reason I ran for President,” he said following Thursday’s inflation report.

“Today’s report shows some progress in the fight against higher prices, even as we have more work to do.”

Many analysts said they are hopeful the Fed will slow the pace of its rate hikes after its next meeting, noting signs, like a decline in shipping costs, that seem to signal that inflation might be subsiding.

But until the trends are clear, they said rates are likely to move higher, despite growing concerns about how the increases, which tend to redirect money to the US and boost the dollar, will affect the rest of the world, where many countries are wrestling with their own inflation problems.

US Treasury Secretary Janet Yellen, a former head of the Fed, acknowledged the worries in a speech on Wednesday saying the US was “attentive” to the global situation, but domestic concerns would guide policy.

“Our path forward begins with the jobs we have to do at home,” she said. “In the United States, our top economic priority is to bring down inflation while maintaining a strong labour market.”