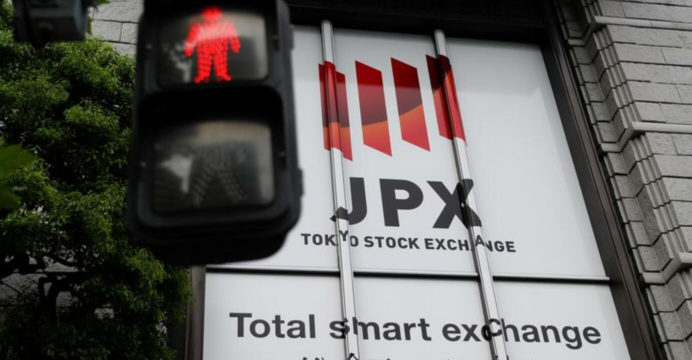 All eyes are on the US Consumer Price Index data, to be released later in the day, with global investors broadly sticking to the sidelines in the meantime. Wall Street closed slightly lower — the Dow and the Nasdaq both gave up 0.1 percent — as investors awaited the figures, reports BSS.

“The Tokyo market is expected to stay in a narrow range in the morning after US markets edged down slightly,” brokerage Monex said, adding that “a wait-and-see attitude is likely to dominate the day ahead of the US CPI”.

Markets are more likely to move after the data is released, said Ray Attrill of the National Australia Bank.

“US September CPI data looms large and should have major bearing on rates, risk sentiment and forex between their release and the weekend,” he said.

Investors were also monitoring the falling yen, which stood at around 146.72 to the dollar — beyond levels that last month prompted Japan’s finance ministry to intervene to try and lift the currency. Finance Minister Shunichi Suzuki and Bank of Japan Governor Haruhiko Kuroda are in Washington for a gathering of G20 finance chiefs and central bankers.

In the US capital on Wednesday, Kuroda called the forex moves “rapid” and “one-sided” while defending Tokyo’s intervention and standing by the bank’s monetary easing programs. In Tokyo, major blue-chip shares were broadly lower.

Sony Group fell 0.55 percent to 9,297 yen. Toyota was off 0.10 percent to 1,988 yen, but zigzagged between positive and negative regions. Uniqlo operator Fast Retailing trimmed earlier gains but was still up 0.11 percent to 78,670 yen. The company is scheduled to announce its annual earnings later in the day.