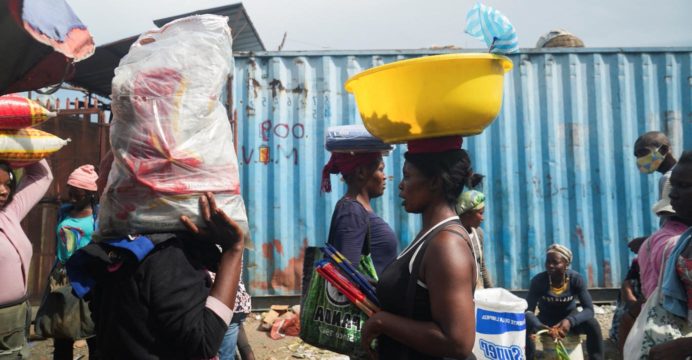 At least seven people in Haiti died from cholera

At least seven people in Haiti have died from cholera, authorities said Sunday, raising fresh fears of a resurgent epidemic in the crisis-wracked Caribbean nation.

“Most of the victims died in the communities and could not go to hospitals,” he said.

Adrien called for roadblocks, erected throughout the country in a protest against recent gas price hikes, to be lifted so that the infected could access health facilities or be reached by ambulances.

Protests and looting have rocked the already unstable country since September 11, when Prime Minister Ariel Henry announced a fuel price hike, saying subsidies were too expensive for one of the world’s poorest states.

The health ministry said in an earlier statement that measures were being taken to limit the spread of the virus, including investigation of other possible cases, while calling for the country to practice increased hygiene precautions.

Introduced by United Nations workers after Haiti’s calamitous 2010 earthquake, cholera went on to kill around 10,000 people. The first viral infections were detected around the Artibonite River, where UN peacekeepers had dumped fecal matter, before spreading throughout the country.

It was not until August 2016 that the UN officially recognized its role in the epidemic’s start. The last positive case before Sunday was detected in 2019, and in February 2022 the Ministry of Public Health held a ceremony to mark the official elimination of cholera in the country.

Prime Minister Ariel Henry, who has served as the nation’s acting leader since the assassination of its president in July 2021, said at the event: “This February 4 represents a model of political and civic commitment, which will remain a memorable date in the annals of public health history.”