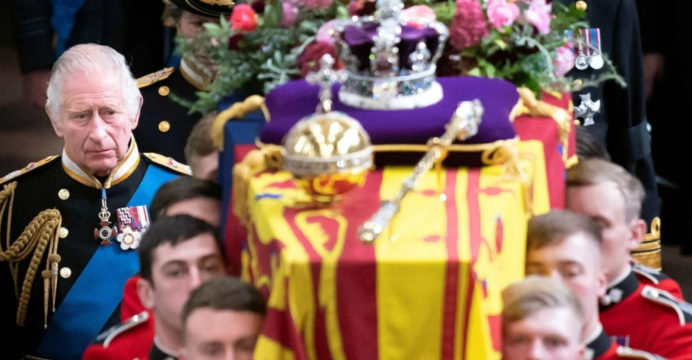 A final farewell at the queen’s cherished residence

In a private ceremony on the grounds of her beloved Windsor Castle on Monday, the royal family said goodbye to Queen Elizabeth II and celebrated her “life of service, love, and faith.”

A smaller crowd came to the Gothic St. George’s Chapel to bid her farewell after the majesty and pomp of her official funeral earlier in the day at London’s Westminster Abbey.

After traveling 25 miles (40 kilometers) west from London, the royal hearse carrying the body of the king arrived at the castle at 3:40 p.m. The enormous audience that had gathered since early in the morning applauded and wept as it entered the castle’s gates.

The queen, who passed away on September 8 at the age of 96, went to the castle in early 2020 as the coronavirus epidemic started, and spent the majority of her time there with her late husband Prince Philip.

The well-kept walkways, recently mowed lawns, and thousands of bouquets and wreaths sent by well-wishers from around the world were taken inside her casket by the castle. 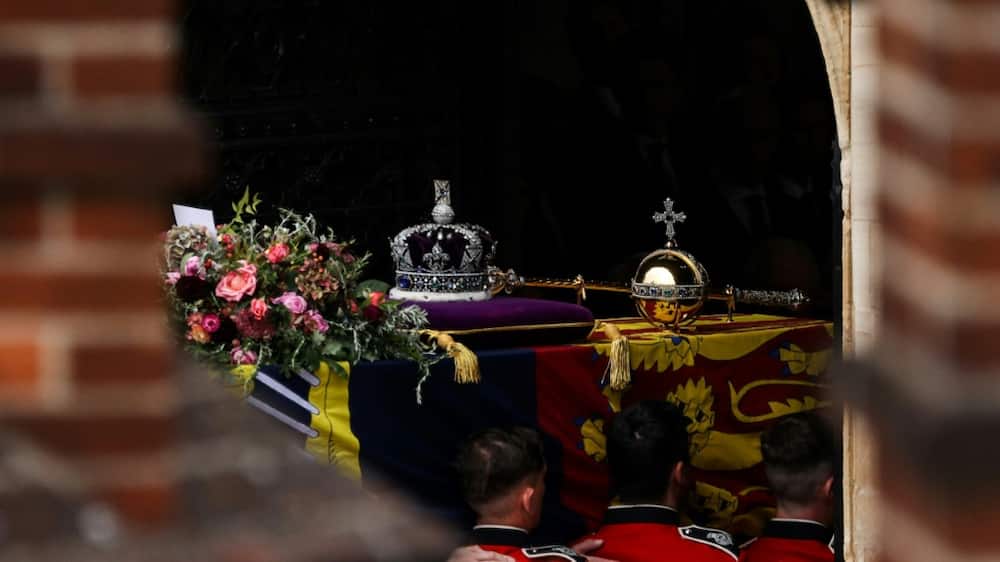 King Charles III, her eldest son and heir apparent, his son William, and Harry followed the coffin as it moved slowly in the direction of St. George’s Chapel.

The hefty, lead-lined oak casket was carried by red-jacketed Grenadier Guards past the chapel’s wide doorway and its full aisle as many mourners bowed their heads in respect.

A choir performed as the casket was carried to its purple velvet-draped catafalque.

During the event, David Conner, the Dean of Windsor, praised Elizabeth for having a “deep Christian faith” that “bore so much fruit.”

“Fruit, in a life of unstinting service to the nation, the Commonwealth and the wider world,” he added.