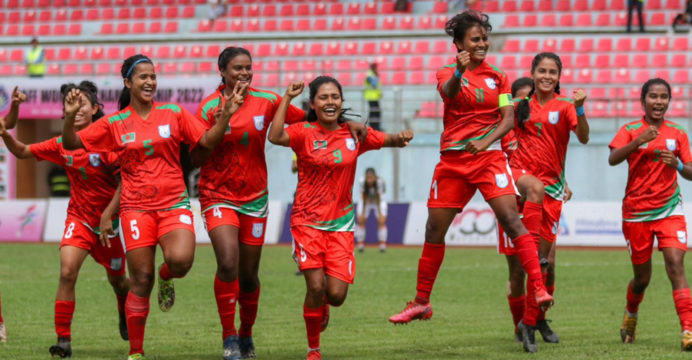 Prior to Krishna’s second goal crushing the Nepalese hearts, Anita Basnet’s lone goal for her country gave the crowded home audience in the stands hope of a late comeback.

The team led by coach Golam Rabbani Choton was playing offense right away.

On a muddy outfield, Bangladesh players found it difficult to play fluid football, but 12 minutes into the game, midfielder Maria Manda produced a moment of magic by eluding two Nepal defenders and sending a lovely cross to Shamsunnahar inside the penalty box.

In the 10th minute of the game, Shamsunnahar, who had replaced Sirat Jahan Shopna, expertly handled the ball before volleying in the last component of the goal. 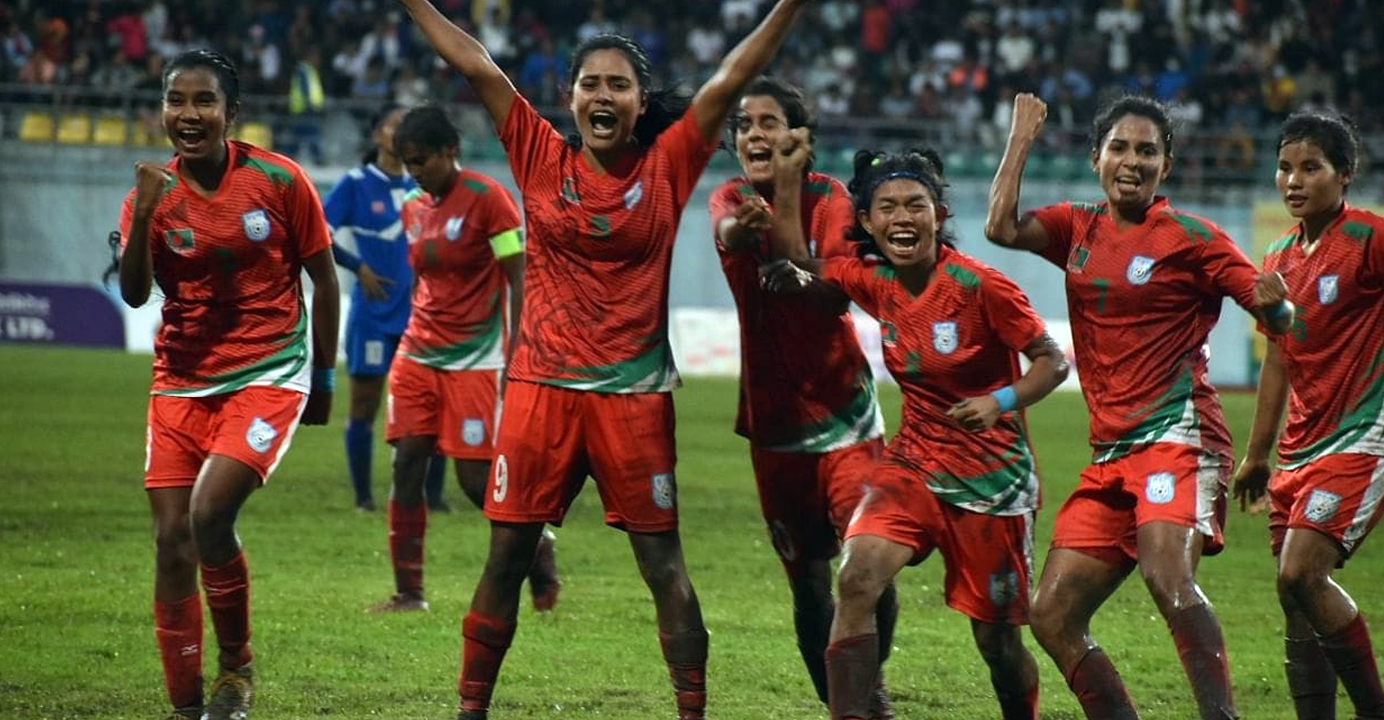 The Nepali squad nearly tied the score at least twice after surrendering.

Rupna Chakma, the goalkeeper for Bangladesh, made a spectacular diving save to stop a free kick in the 36th minute.

After a scrum near the goalmouth, Nepal had a chance to score, but the Bangladesh defense cleared the goal line to preserve their team’s advantage.

Just three minutes before halftime, Krishna took advantage of a defensive blunder by Nepal and outmuscled the Nepalese goalkeeper in a one-on-one duel to extend Bangladesh’s lead.

After the break, Bangladesh players were more focused on maintaining their lead, which gave Nepal more opportunities to enter the Bangladesh half than they had during the opening 45 minutes.

The Bangladeshi team was roused after giving up the goal, and they started launching more balls into Nepal’s half.

Krishna was again one-on-one with the Nepal goalkeeper five minutes after conceding, and once more she was successful in beating the goalie.

After giving up the third goal, Nepalese players were unable to mount a comeback, and Bangladesh won the inaugural South Asian women’s football championship.