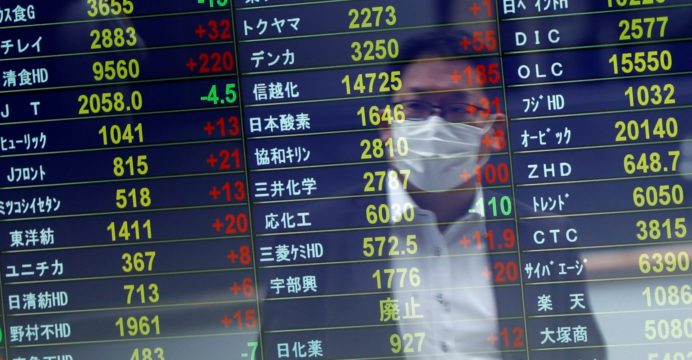 Tokyo stocks edged higher Wednesday in cautious trading after modest falls on Wall Street, with all eyes on a meeting of central bankers in Jackson Hole, Wyoming this week.

Powell is due to appear at the annual gathering of central bankers in Jackson Hole on Friday and expected to say the Fed is not yet ready to end the steep rate hikes needed to quell the surge in inflation, despite some signs of progress.

Meanwhile, the latest US data on new home sales showed a sharp decline in July to their lowest rate since early 2016, as the real estate market continues to feel the impact of higher borrowing costs.

“Japanese shares are seen trading in a narrow range after limited declines in the US market,” said Toshiyuki Kanayama, senior market strategist of Monex.

Some investors may seek bargains, “but such moves will likely be limited ahead of Jackson Hole,” Mizuho Securities added.

Olympus soared 3.89 percent to 3,124 yen after a report said Bain Capital was the frontrunner to buy its scientific-optics unit for about 400 billion yen ($2.9 billion).

Toyota was up 0.12 percent at 2,110 yen after a report said it had backed down in a fight against California car emission rules.