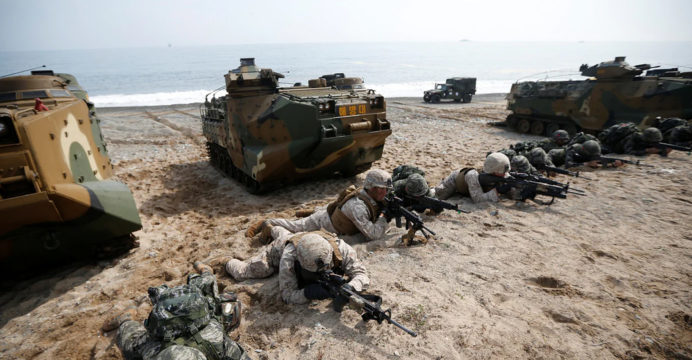 Resuming field training on Monday, South Korea and the US started their biggest joint military exercises in years as the allies work to increase preparedness in anticipation of probable North Korean weapons tests.

The traditional midsummer drills began after South Korean President Yoon Suk-yeol, who took office in May, pledged to “normalize” the combined exercises and increase deterrence against the North. This year, the exercises were called Ulchi Freedom Shield and are set to expire on September 1.

For the first time since the coronavirus outbreak broke out, South Korea separately started its four-day Ulchi civil defense exercises on Monday.

According to Yoon, the military and civilian drills are intended to increase the nation’s readiness to respond to shifting patterns of warfare and evolving cyber threats against vital infrastructure like chip manufacturers and supply networks.

“Maintaining peace on the Korean peninsula is built on our airtight security posture,” Yoon told a cabinet meeting, calling for thorough exercises based on real-world scenarios.

The drills, which had previously been toned reduced due to COVID-19 and as Yoon’s predecessor sought to resume negotiations with Pyongyang, which has referred to them as a practice for an invasion, were the largest since 2017.