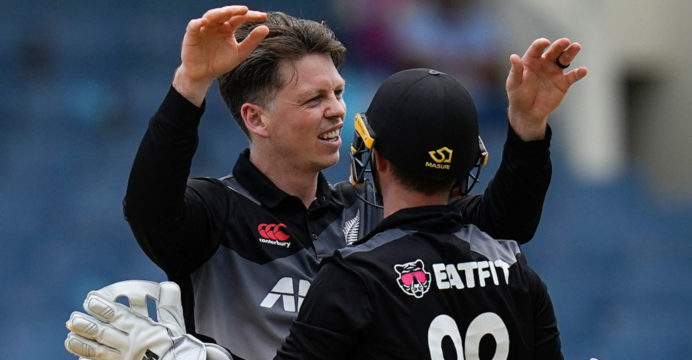 The West Indies top order was completely destroyed by Tim Southee and Trent Boult as New Zealand won the second One-Day International in a three-match series at Kensington Oval in Barbados on Friday, tying the series.

A second heavy downpour caused a lengthy delay to the day/night match after Finn Allen’s 96 helped the Black Caps to 212 off 48.2 overs while batting first on another difficult pitch. Southee and Bolt each got three wickets as the home team crawled to 63 for seven from 22.4 overs.

Set a revised target of 212 off 41 overs on the Duckworth-Lewis-Stern scoring method, Yannic Cariah’s 52 in his debut ODI innings and a swashbuckling 49 off 31 balls by Alzarri Joseph gave the tourists a fright in a frenetic 85-run ninth-wicket partnership.

However Southee was summoned by stand-in captain Tom Latham and he responded immediately by bowling Joseph while Allen completed an excellent boundary catch to end Cariah’s effort as the West Indies were eventually dismissed for 161 off 35.3 overs to lose by 50 runs and set the stage for the series decider on Sunday.

Boult’s six-over performance at the beginning of the innings earned him three for 18, while Southee’s final figures were four for 19.

Earlier, the Black Caps, who were defeated by five wickets in the first match at the same venue two days earlier, were once again found wanting against the home side’s combination of spin and pace. Opening batsman Allen’s effort off 117 balls with seven fours and three sixes was one of just four double-figure innings. 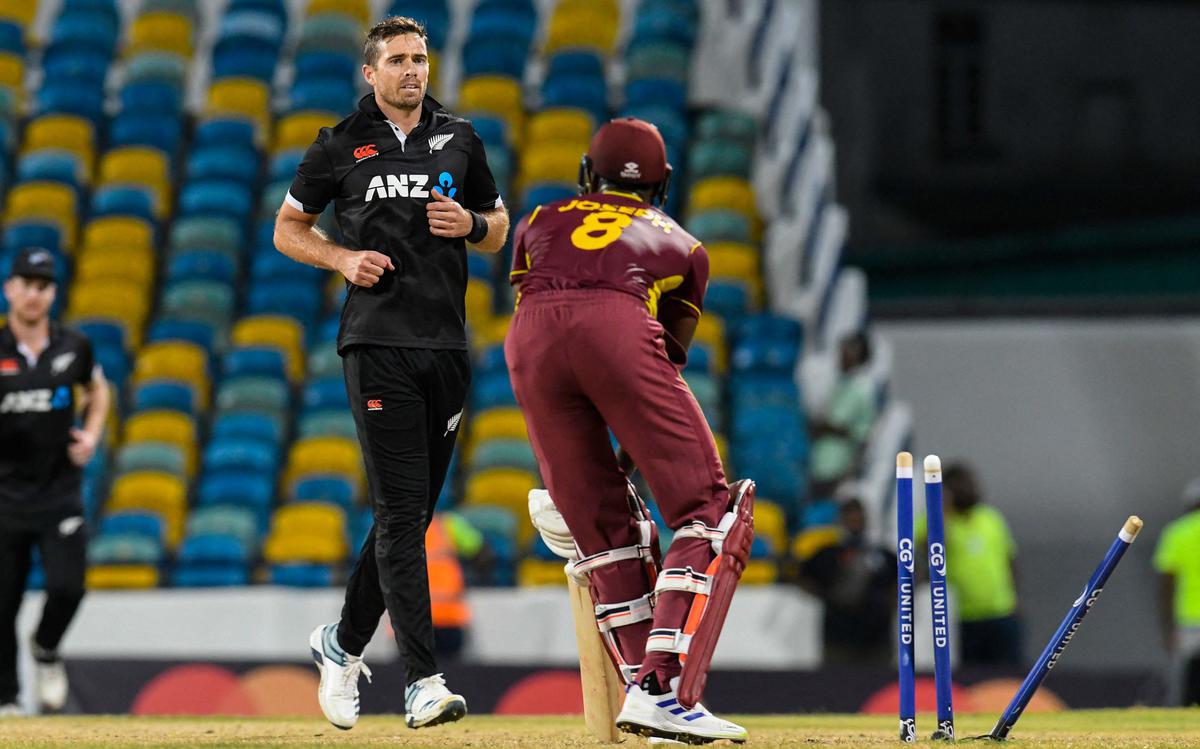 “I’ve always known I’ve got the grit in me but I never showed it. Showing now that I can do it is good,” said Allen on receiving the ‘Man of the Match’ award.

“The wickets haven’t been batting-friendly but I have enjoyed the challenge.”

In just his second ODI, off-spinner Kevin Sinclair claimed four for 41, including the last three wickets, terminating a last-wicket stand of 31 between Mitchell Santner and Boult with a catch off his own bowling to dismiss Boult.

Former captain Jason Holder set the tone for the innings with an excellent opening spell, the fast-medium bowler snaring two early wickets and then returning to end Allen’s quest for the hundred in finishing with three for 24 off nine overs.

“It’s disappointing to lose so many wickets in the powerplay,” said West Indies captain Nicholas Pooran in reflecting on the opening period of his team’s reply when they slumped to 27 for six.

“Just one good partnership in the top order might have been enough to see us home.”